• Aggie says she loved Oscar's dance moves the first time she saw him, and Oscar thought she was in love with him. 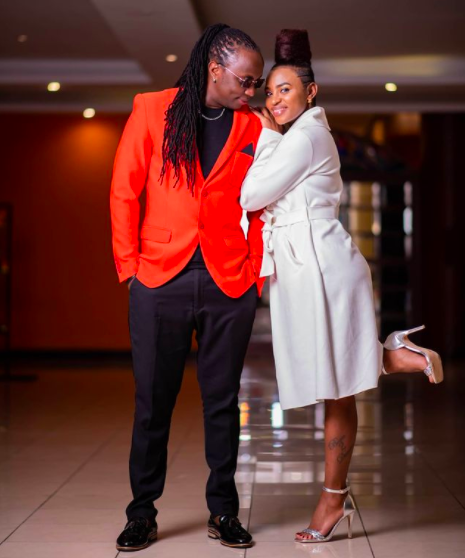 Choreographer Aggie the Dancequeen has opened up on meeting her boyfriend Oscar Mwalo.

In an exclusive interview with Mpasho, Aggie said she met Choreographer Oscar Mwalo the first day she gave a shot at dancing.

While studying at Kenyatta University, Aggie went for an audition with Sarakasi dancers during a long holiday in the 4th year.

"Oscar was one of my teachers... but then we were not dating. We were just friends, somewhere along the way we clicked," she shared.

Aggie says she loved Oscar's dance moves the first time she saw him, and Oscar thought she was in love with him.

"I saw Oscar dancing and I complimented the dance, I said I loved it. So he interpreted that I was in love with him. Maybe it was futuristic. Now we are here and dance is our life, we want to diversify. We are also doing choreography lessons for weddings, children...just widening our spectrum," Aggie said.

The mother-to-be says she did not think dancing would be her career.

"I didn't know I would pursue dancing as my career. I have always wanted to be a news anchor, but I think I am still in the same industry."

For Oscar Mwalo, his passion for dancing kicked off at an early age, and has since been dancing for 15 years.

"I knew I wanted to be a dancer but I did not know I will do it as a career. There was a radio station called Metro FM, they would play good music from 10 am to 12, I would dance for 2 hours," he shared.

Oscar was studying music at Strathmore university but dropped out to concentrate on dancing.