Choreographer Oscar Mwalo: How I knew Aggie the Dancequeen is the one

• After impressing him, Mwalo started 'training privately' with Aggie, going for dates. 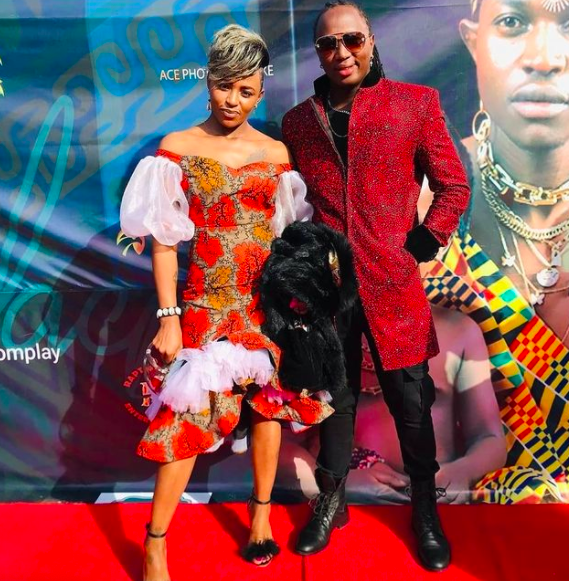 Choreographer Oscar Mwalo and Dance Queen Aggie have for the first time shared their love journey.

In an exclusive interview with Mpasho, Aggie said she met Mwalo during her first audition at Sarakasi dance group.

She fell in love with his dance moves, not knowing this would lead to an even stronger relationship.

Mwalo told Mpasho that he liked Aggie but knew she is 'the one' after she successfully carried out a big project.

"I was a chief choreographer for a Safaricom concert and had alot to do. Then she had been picked to perform for the artists. I was overwhelmed by work and wanted someone to do costuming for the artistes and dancers.

I approached her since i knew she was interested in fashion. She took the job and it was marvellous. I knew she is somebody i could keep close to me," choreographer Oscar Mwalo shared.

After impressing him, Mwalo started 'training privately' with Aggie, going for dates.

"I realized she is somebody I can keep with her faults."

Aggie shared that the relationship then flowed

"I don't really remember when I said 'yes', it came so naturally. We even sit down and ask ourselves when it all started," she said.

The Dance queen added that she is now used to Oscar being her lover and prefers to be trained only by him.

"He pushes me. I wanted someone who would challenge me. He was one of the people who believed in me the most when nobody did."

Risper is not the only celeb who have had to deal with insecurities.
Entertainment
2 weeks ago