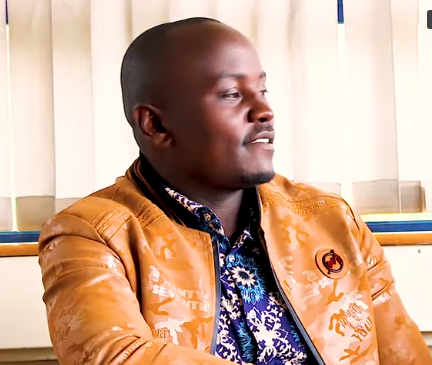 You all know him as Baba Gloria after he went viral for posting a salacious WhatsApp sticker on a burial fundraiser group.

His real name is Leonard Githinji. Speaking to Mpasho, he said that when his number was leaked online and he went viral, ladies could not resist him.

"I was called so much that I had to switch off my phone. It would ring for an entire week. I received almost 20000 messages, some I have not even read them to date."

Baba Gloria added, "I had no idea that my name would become so big because of the sticker. The mistake already happened and there is nothing I do. People still call to check up on me."

Ladies call me and promise me money in exchange for sex. Some ladies even send me nudes. I have no trust in people anymore," he said, "It has been a challenge."

He continued, "People have been calling me for jobs some were even saying they want us to shoot a movie but I did not know what kind of a movie it was."

He concluded, "Some have asked me to vie for an MCA seat."