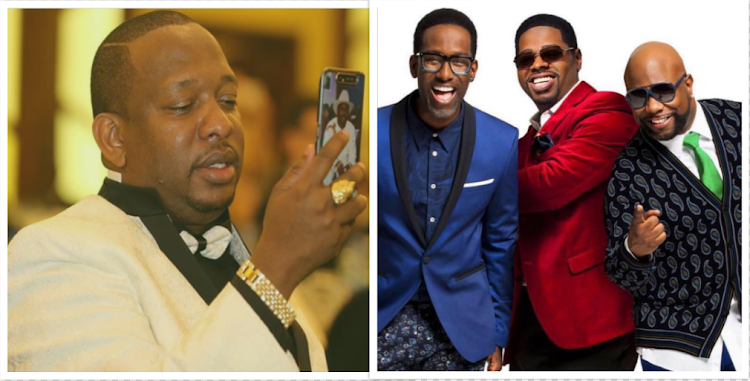 Word on the streets is that Former governor Mike Sonko's posh Mombasa club, Volume will be opened soon at a huge event headlined by American RnB icons, Boys 2 Men.

A source told Mpasho that the club located in Shanzu is the talk of the town after a dry run over the festive season that saw Vera Sidika, Bown Mauzo and Tanasha Donna perform.

Read all about it below.

Inside the extravagant VIP nightclub owned by Sonko (Photos)

A source whispered to Mpasho saying, "Plans are in place to bring in local and international artists for the grand opening. From what I hear, BOYZ II MEN, the four-time Grammy Award-winning American RnB vocal group will be visiting the club early this year after their performance in Uganda."

According to their online tour calendar, the RnB stars, are booked for tours in the US from January 14 to April 9, 2022. During that period, the all-boy-band have free weekends and days that are yet to be booked.

VIP Club Volume is a sister facility to Salama Beach Resort in Kilifi county and Kimerameta Safari Lodge at the peak of Golini Hill in Kwale county.

“We wanted Mombasa people and visitors to have a feel of what is to come. We have not yet set the official opening date, but it will be big,” said Mike Sonko.

The dancing floor is made of bulletproof glass, which is lit in different colours, giving off an ambience never seen before in any Kenyan club.

“It has been constructed in such a way that it will be giving off a feeling like you are in a lift. There will be slight movement up and down because it has been made with a new technology that has never been used before,” Sonko added.

The extravagant club boasts stylish walls in Versace’s distinct style with Versace branding appearing in all the walls accentuated with the pristine white leather couches.

Sandra also revealed that she has a Muslim background and her full name is Sandra Mwanaidi Mbuvi.
Entertainment
4 weeks ago

Inside the compound, there is a basketball court, an ostrich pen, exotic birds pen and a mausoleum of Sonko's father Kioko Kivanguli.
Politics
5 months ago