Oga Obina gets stranded at the Nairobi National Park

• While in the middle of a Hippo dam and a pride of lions, Oga Obinna tried to call the KWS officials but there was no immediate response. 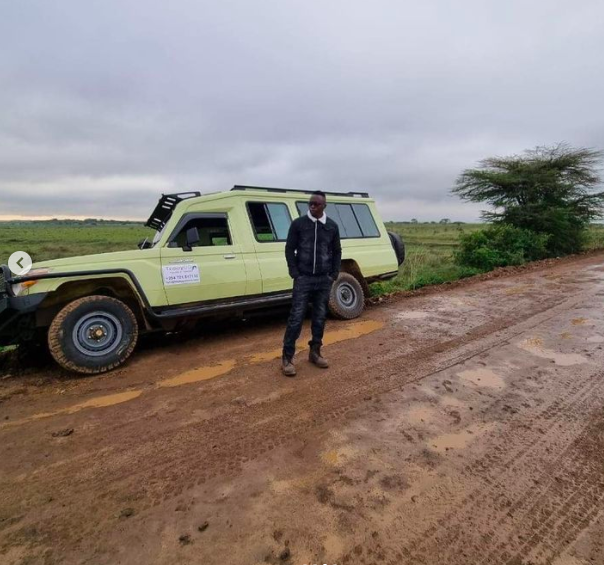 Comedian Oga Obinna got stranded at the Nairobi National park on Wednesday morning.

This is after a tour vehicle he had boarded with his kids got stuck in the mud for hours.

While in the middle of a Hippo dam and a pride of lions, Oga Obinna tried to call the Kenya Wildlife Service (KWS) personnel but there was no immediate response.

"One of the numbers was picked after 45 minutes, and the person who answered was even sleepy, said they are sending someone else. They advised us to stay in the car but the car was tripping, about to sink. How could we stay in that car?" Obinna told Mpasho in a phone interview.

Obinna said he was perturbed by the slow response by the Kenya Wildlife Services crew.

This, he said, could put many tourists at risk of spending the night in the wild or being attacked by animals.

He expressed disappointment that the KWS does not give tourists the emergency numbers when entering the park, nor do they give a manual on what to do in case of an emergency.

"When there is an emergency it is not the responsibility of the tour company to ensure we are safe. It is KWS. We were next to a hippo dam and a pride of lions was just chilling there, we were lucky they weren’t active," Obinna said.

After spending two hours in the wild, another vehicle from the tour company came to the rescue of Obinna and the kids.

They had to leave the driver of the other tour company vehicle behind.

Mulamwah closed the record label after a series of cyberbullying brought about by his breakup with longtime girlfriend Carol Sonnie.
Entertainment
1 month ago