• The broadcasters failed to comply with the license offer within the offer period as prescribed by the Authority. 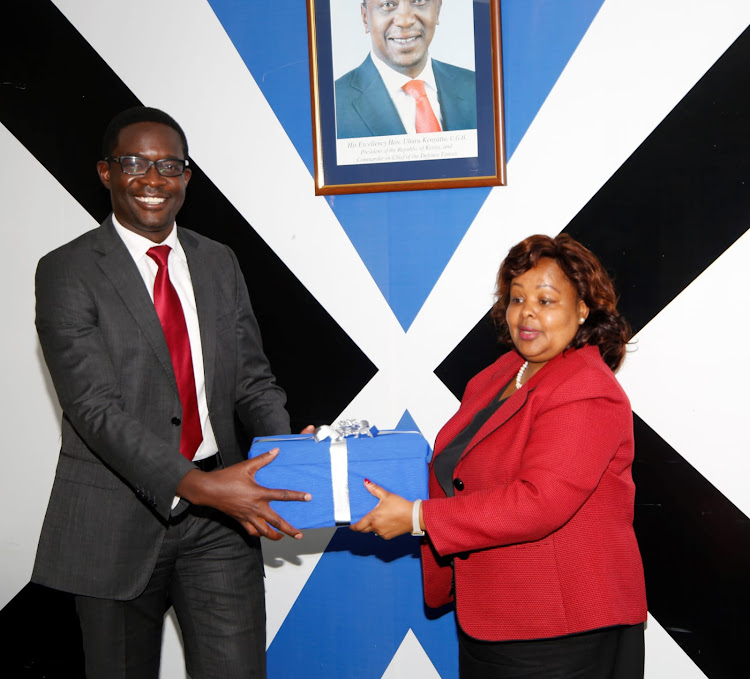 The Communications Authority of Kenya (CA) has announced the cancellation of licenses for a number of Radio and TV stations in the country.

In a notice on December 22, CA Director-General Ezra Chiloba said the decision was reached after the broadcasters failed to comply with the license offer within the offer period as prescribed by the Authority and in accordance with the Kenya Information and Communications Act, 1998.

"...and as such, the Authority shall proceed to revoke the assigned FM frequency(s) and shut down the associated broadcasting services without further reference to the broadcaster or the applicant," the notice reads.

Some of the notable radio stations set to lose their frequencies include; NRG Radio, Capital FM, Mbaitu FM, Qwetu Radio among others.

Notably, a number of community Radio stations owned by the catholic church and learning institutions will also have their licenses revoked.

The broadcasters listed risk losing their licenses on the following grounds;

Swipe to see the full list of FM stations and TV stations set to lose their licenses. 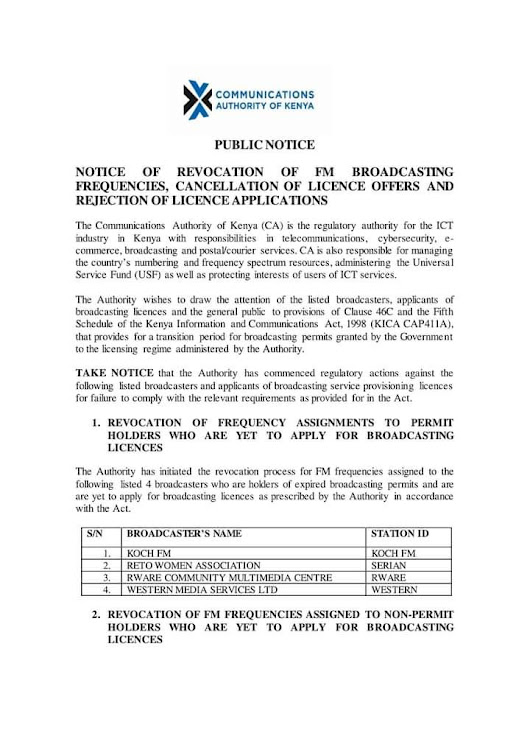 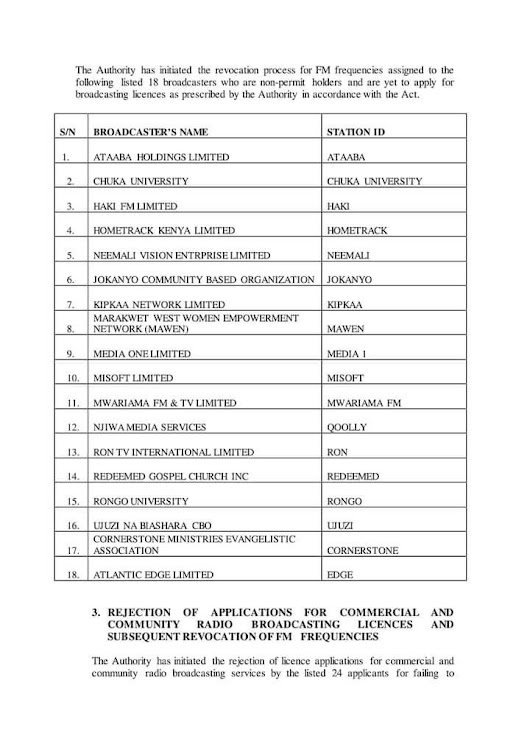 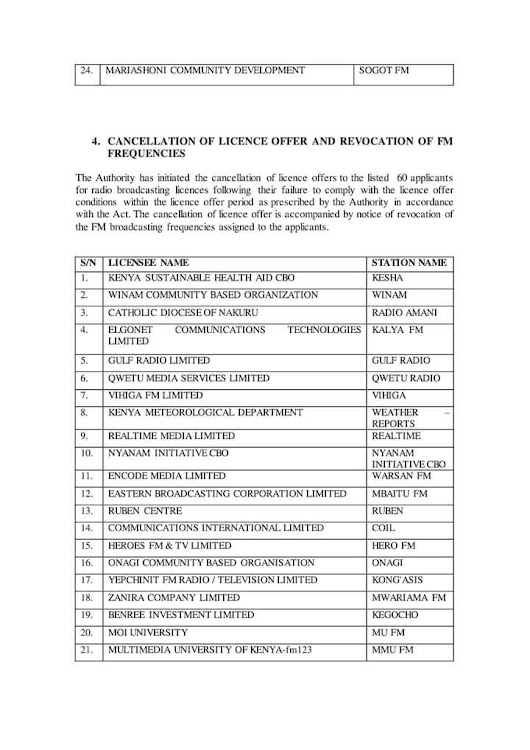 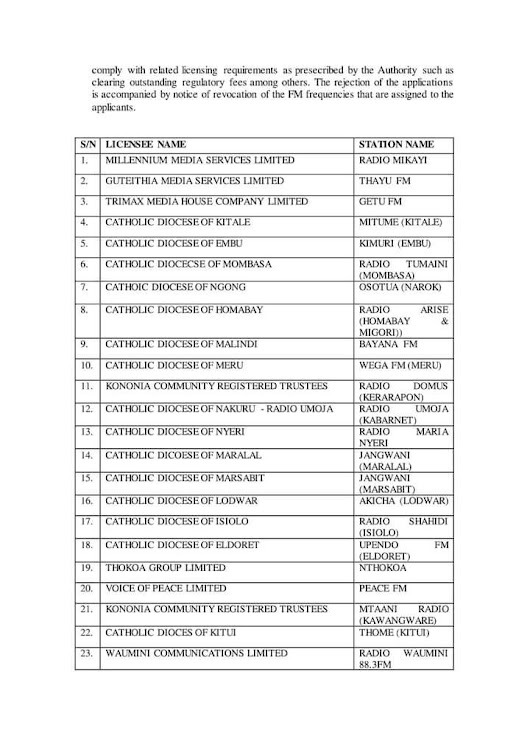 The older ones even saw the clip of their dad being abducted and they have been crying asking questions that I can't answer.
Crime
7 months ago