'A country that doesn't support its artistes is poor,' says filmmaker Judy Kibinge 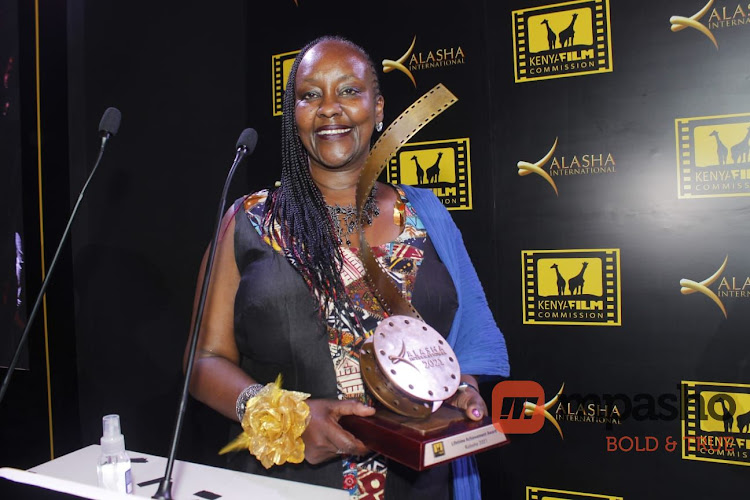 Kenyan filmmaker Judy Kibinge says the biggest challenge as a filmmaker in the industry is that art is not a priority in Kenya.

Kibinge has won many awards and recently, she has been crowned the Kalasha International Awards Lifetime Achiever for her contribution to the local film industry.

Speaking to Mpasho.co.ke, Kibinge said she hopes one day the Kenyan government and its people will realise that filmmaking inspires generations in so many ways.

"We would change ourselves and become more coz that is who we are."

"Filmmakers go through so much and I think, the very first one is a lack of understanding of what is the importance of films," she said.

"There is a reason we see America the way we do. It is because we've seen their films since we could speak and we could open our eyes, no matter where we were raised at.

"We see America very ahead, not coz films translate what America is and what Americans want to project America to be."

She further explained that most countries have real respect for storytellers and for creators and artistes.

"You walk around and every building and statue speaks to you. Because the parks are designed in certain ways," she said.

"These are countries that respect their art. Here, I think we have so many needs and the feeling is that artistes come after we develop, but there is something that has been misunderstood.

"Those artistes create a mirror in front that allows us to develop and become who we are supposed to be. A country that doesn't support its artistes is poorer in some ways."

In 2009, her documentary film ‘Coming of Age’ won the Best Short Documentary category in the Africa Movie Academy Awards.

In 2017, the seasoned creative was chosen to be an Oscar judge by the Academy of Motion Pictures and Science for the categories of documentary, international and animation.

She also founded Docubox, a Nairobi-based film fund that provides grants and support for African filmmakers.

'Dad, how will you manage alone?' How DJ Evolve dealt with news of mum's death

When DJ Evolve was okay, he asked me, 'Dad, how will you manage alone?'
Exclusives
7 months ago