Why I have forgiven Babu Owino - Baba Evolve speaks 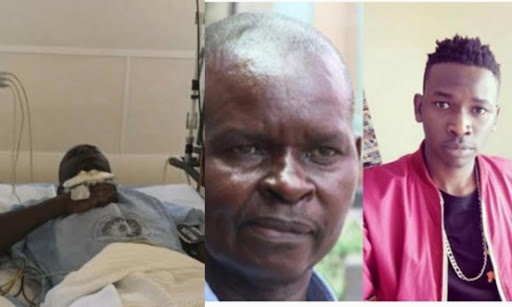 DJ Evolve's father John Orinda did not want to die a sinner by not forgiving Embakasi East MP Babu Owino.

This comes after the courts withdrew the attempted murder charges against the vibrant politician as requested by DJ Evolve.

The state will still charge the legislator with a second count of behaving in a disorderly manner while carrying a firearm.

Speaking to Mpasho, Orinda said the death of his wife a few months ago was a wake-up call that tomorrow is not promised to anybody.

"I don't want to keep holding grudges. If he wants to change and refuses to fulfil what we agreed, it's only God who can judge him. For now, we can only wait and see what he will do."

Asked if he wholeheartedly forgave the member of Parliament, he said it came from the heart.

"The advice I would give him is that like I said: I have left everything with my whole heart," he said.

"Evolve is my favourite child. And the main reason I forgave Babu is since after the accident, he took him to the hospital. Otherwise, he would be dead. It still hits me. I don't consider any wealth than how I treasure life."

He hailed the vocal politician for taking care of his son, paying all the bills and never questioning even when it is too much.

6 provisions Babu Owino has to fulfil for DJ Evolve

If any party fails to comply with any of the terms of these agreement,either party shall be at liberty to rescind the agreement or to sue  for the ...
Politics
7 months ago