• The ODPP had on November 17 ordered the twins be charged with assault and malicious damage to property. 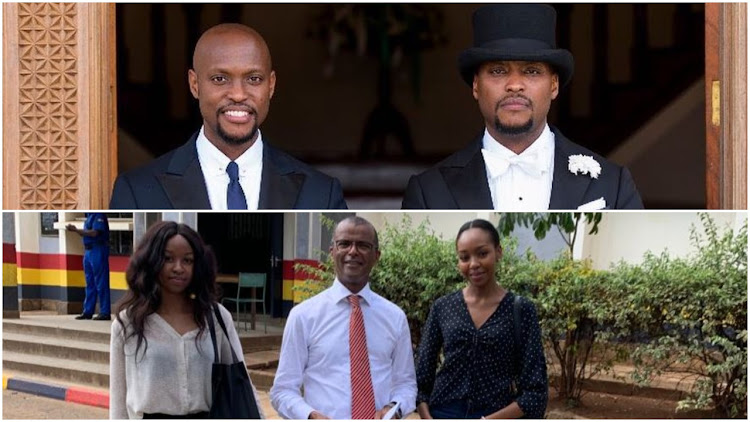 A new twist emerged in a case in which two techie brothers are accused of assault and malicious damage, when the accusers were ordered to also take plea.

The Office of the Director of Public Prosecution on December 9 ordered one of the two sisters- Stephanie, 24 and her sister Cheryl Murgor 22, be charged with fighting in public and assault.

This is in a case where the two have accused twin brothers Edward and Paul Ndichu of assaulting them and maliciously damaging their car.

The ODPP had on November 17 ordered the twins be charged with assault and malicious damage to property.

But the plea taking was delayed awaiting the processing of a new complaint by a woman- Munyra Hassan Mohamed- who was also involved in the scuffle when the said assault happened on October 17 at the Emara Ole Sereni Hotel, Nairobi.

The two sisters are now expected to appear in court on December 14 for possible plea taking, their lawyer and uncle Philip Murgor said.

“The ladies are ready. We will be in court. The police contacted us with the unfortunate news and we are set. The girls want justice,” he said.

It is not clear when the Ndichu brothers will take plea as directed by the ODPP on November 17.

Their lawyer Edwin Sifuna said they were ready for any eventuality.

And following the developments, the Federation of Women Lawyers –Kenya (Fida) has protested the manner in which the probe was conducted.

Fida wrote to the ODPP’s Joseph Riungu who is in charge of Nairobi, saying they are representing Stephanie and Cheryl.

Executive director Annie Ireri said the two women’s rights had been blatantly disregarded and overlooked despite the compelling evidence provided by their clients to carry out proper investigations and charge the perpetrators with the correct offence as per the Penal Code.

“Instead, we have been issued with baseless counter accusations against our clients which we take issue with,” she said.

Ireri said Fida is dissatisfied with the outcome of the investigation process so far and would like a review of the matter to understand the circumstances surrounding by the DPP to exercise its mandate.

“Particularly, Fida-Kenya would like to register its concern over investigation process being carried out on the alleged assault,” the letter read in part.

Murgor has been protesting the delay in charging the two brothers even after the ODPP ordered their prosecution.

The two sisters reported the matter and recorded further statements and narrated their ordeal on the day to the police before they were issued with a P3 form.

They also obtained official records of the M-Pesa transaction between the Ndichu brothers and Samuel Ramdas whose car was damaged.

Police officers who attended the scene also recorded their statements. They also obtained CCTV footage of the drama.

The two women run a designer clothesline in the city. They said they were attending a wedding after-party at the hotel on the 10th floor and were accompanied by two friends Samuel Ramdas and Patrick Koech.

At about 2.30 am, one of the twin brothers allegedly made an improper pass at Stephanie to which she told him she knows him as a husband to media personality Janet Mbugua. Munyra who was with the brothers shouted ex-husband.

When Stephanie left for the exit one of the brothers verbally assaulted her and abused her.

At the entrance, one of the brothers violently broke the right-hand door side mirror while the other one broke the left-hand side one before they again went to attack Cheryl.

Cheryl fought back and based on this, she is set to take plea.

The brothers lost the support of one of the investors in their company Wapi Pay.

They also resigned from the company following the drama.

This has prompted the brothers to launch a campaign to restore their image online.