Size 8 weighs in on Willy Paul and Diana Marua saga 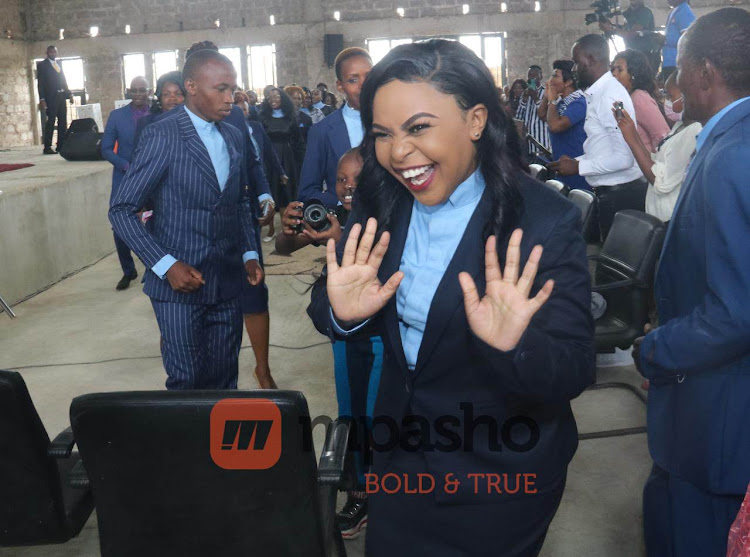 She was ordained into the ministry at JCC Thika at the event attended by her loved ones and a number of celebrities Like Lady B, DK Kwenye Beat and Kabi wa Jesus.

Speaking about it she told Mpasho, "My relationship with Kabi wa Jesus is that they are close friends."

Asked about one of her close pals, Willy Paul who is dealing with sexual misconduct allegations against him by Diana Marua, Size 8 said, "I have not heard anything about him trending. I have been fasting all through."

Size 8 said that the only conversation they had was over a music project dubbed 'Lenga'.

She continued, "My inspiration is how God loves me and he has never judged me. What's keeps me going is my faith and my reliability on God."

This comes after Willy Pal went live on Youtube last night and wept bitter tears saying the allegations will kill his career and that he did nothing wrong.

Speaking to Weezdom, Willy Paul said, "What hurts me about this story is that my friends have also joined hands to finish me," He said wiping tears.

"They have joined hands and they are people I have worked with. What I don't understand is why some would sit down and lie and then get to the point where they incite others to join it. Since they don't have evidence they incite others and in Kenya today a woman is believed and listened to more. I have never been broken down ...but this has brought me down."

While denying the rape allegations labeled against him by Diana Marua, Willy Paul named gospel singer Weezdom as one of his witnesses.
Entertainment
7 months ago

Singer Faith Stan has come out to claim that the Miss P persona would have been hers if she did not turn down Willy Paul and his vague ...
Entertainment
7 months ago