Despite the fact that they are famous for the impressive musical talent that has granted them their fame, the Nsg gang members also have their special hidden talents.

They spoke about them at a press conference in Hill park hotel in Upper Hill, yesterday. Mojo revealed the fact that he can take part in an eating competition.

“Mojo, I know your hidden talent.’’ Pappi one of the gang members said. “What’s my talent?’’ Mojo asked.

Pappi responded, “This guy eats.’’ A statement with which Mojo agreed.

Kruddz revealed that he has the potential to take part in an MMA fight.

“For the past six months, I’ve been doing a little bit of MMA fighting.’’ Kruddz said. 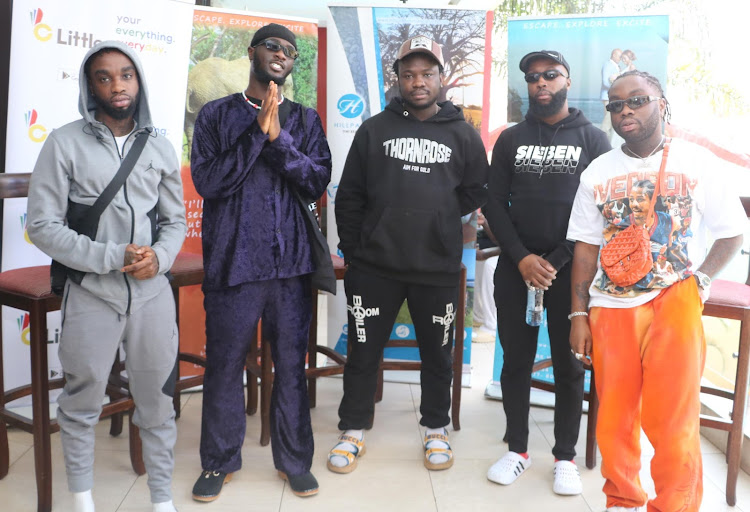 He added, “I’ve not gone to an actual fight but I believe I’m good with the training I’m doing so it might be a hidden talent there.

He jokingly added, “If you got any roles in Kenya guys, we don’t mind acting.’’ Kruddz himself stressed the point by saying, “Seriously guys, we act.’’

Wahu said, "I have no problem performing even before an upcoming artist mwenye hajulikani, because, to me, the lineup is simply that...lineup... bora ...
Entertainment
8 months ago