• The story is bound to start conversations around Herbal Medicine. 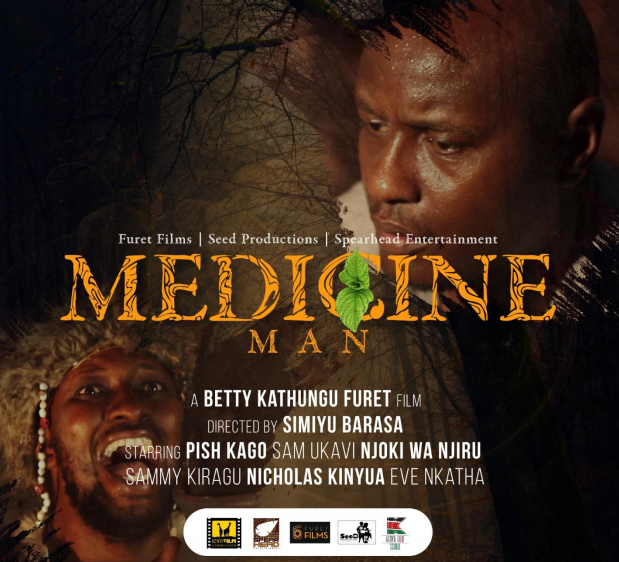 Medicine man - a Kenyan vernacular film in the Kiembu language premiered at Cinema in Nairobi over the weekend.

After its premiere, the film - which is about a lone Doctor overcoming the odds to redeem the Community he so loves, was made available in 194 other countries via MyMovies.Africa.

Medicine man is a local Film, subtitled in English, for an international audience.

The story is bound to start conversations around Herbal Medicine. Is the use of herbal (traditional) medicine Witchcraft; or alternative or supplementary to Modern Medicine?

The push to share this Story through Film, is that it is set deep in Embu land and about African customs, without demonizing the Continent.

“I’m so thrilled to produce a Film in my Mother-tongue!” says Executive Producer – Betty Kathungu-Furet, of Furet Films.

The film featured famous actor and director Pish Kago as Dr. Muriithi who overcomes the odds to redeem his community that is deeply shackled by Witchcraft and enslaved by the power of a Warlock.

"Medicine man is a dream come true for me, to feature in an international Film as the lead Actor,” Kago says.

“We’re so proud to be making this Film available across the World, via our longstanding Partnership with Furet Films, whose other Titles of KIZINGO (2016) and FAMILY MEETING (2020) we also Retail globally.”

Video: Nick Cannon's son has died from a brain tumour