A distressed Robert Kimani, brother of Jadu who was gunned down by a police officer

Robert Kimani who lost his brother Paul Githinji aka Jadu today morning was lost for words to describe the pain.

Jadu was shot down by constable Benson Imbatu attached to Kabete police station on Tuesday, 7, at 1 am in the morning. 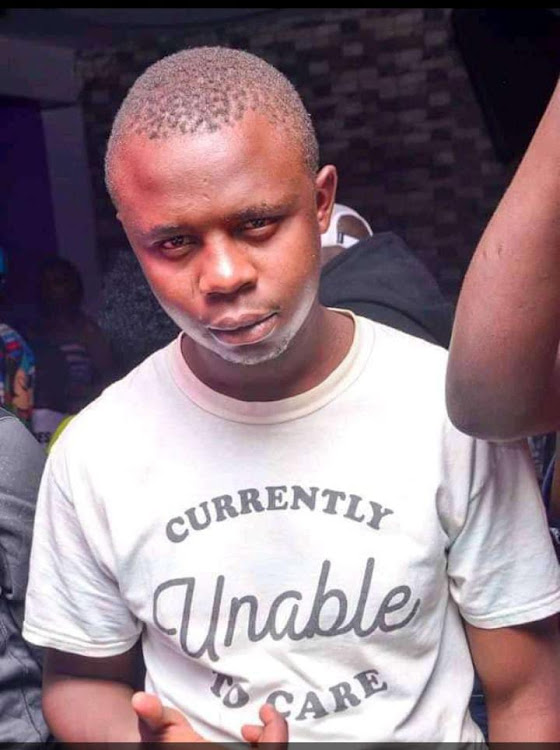 The police officer shot and killed six people before committing suicide. Imbatu went home with his AK47 rifle and picked a quarrel with his wife, Carol Imbatu.

He shot her dead at the Heights Apartments near N market. After which he went out on the street in his car, stopping random people and shooting them along Thiongo Road.

The officer later committed suicide by shooting himself in the neck outside a popular pub. The firearm was recovered with four rounds of ammunition, four empty cartridges were recovered within N Market.

Jadu's brother,  could not even express his pain at losing his brother who was described as a "very polite man". Check out this video by Enos Teche.

Robert Kimani who lost his brother Paul Githinji aka Jadu today morning after a cop from Kabete Police station shot his wife in their apartment, then went outside driving in his car stopping people and shooting them.

The locals lit bonfires at the scene where some of the victims died asking to be told how it happened. “We have been told the officer had mental ...
Crime
8 months ago