My hairy chest, face made me pray for a 'mistake baby' to prove I'm not barren - Evelyne

• She noticed a strand of beard growing and she began plucking it. Unfortunately, the more she plucked and shaved them, the more they grew. 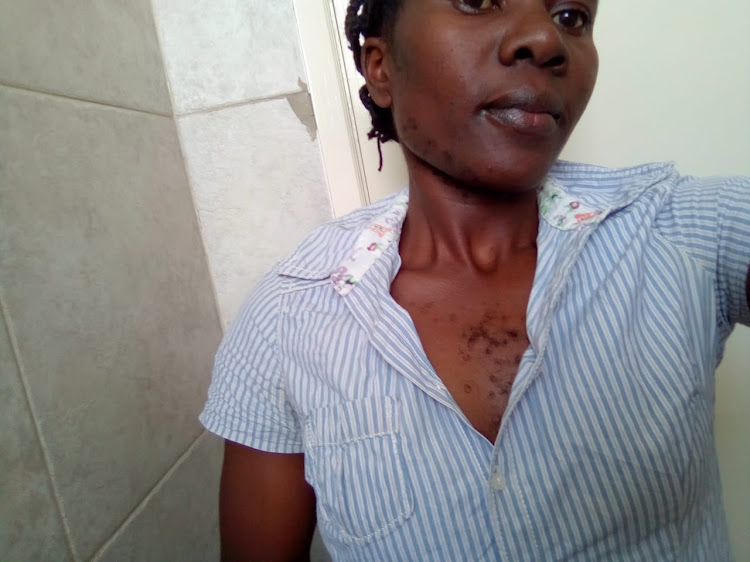 Evelyne Wangila, the Kenyan lady with unique physical features who is popularly known for being hairy narrates how she first noticed it.

She recalls that she first saw one white hair that had grown on her belly which she really loved but with time they multiplied and she decided to shave them.

Evelyne realized it was not normal and something was a miss when they were undressing and she noticed that hair had not grown past her fellow ladies pubic areas.

“I took a glance at my fellow schoolmates and noticed their hair was not past the pubic part so I decided to shave”.

Later she noticed a strand of beard growing and she began plucking it. Unfortunately, the more she plucked and shaved them, the more they grew.

“The reason I used to shave was because I would think to myself that I was not normal and that I was barren.

Back in form 2, a beard appeared on my face and I plucked it, later on 3 of them appeared, I plucked them, after that they started growing lots of them and I decided to shave using a razor blade and after that they now grew in bunches,” she said.

Although she was not directly bullied, people’s stares really affected her.

“I was not bullied but I would see people looking at me strangely. That would scare me and I would imagine that they are thinking to themselves ‘what is this?, and after taking a shower back in high school girls would look at me and start whispering among themselves and that would hurt me,” Evelyne shares

Right after high school in 2013, she noticed the hair growing on her chest. She kept on shaving until the year 2020.

Evelyne says that the more she shaved them, the more they grew.

“During my first encounter with the father of my child I was dressed in an outfit that was not revealing my chest and I kept on shaving and I was so clean so the first times he did not notice anything weird until they began growing and he would stare at me without saying a word but he has never had a problem with that and we are together to date. I stopped shaving in 2020 after I delivered my beautiful baby.”