"Don't disrespect me!" Femi One on being compared to Diana Marua (Video)

• Femi One said she can not be compared to Diana Marua. 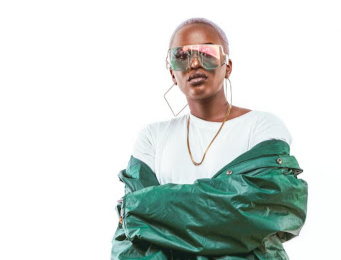 Rapper Femi One has given her comment on Diana B's rap game. During the launch of King Kaka's album 'Happy hour', Femi One said she was entertained by Diana Marua's first rap song, "Hatutaachana".

"It is showbiz and entertainment...She entertained me, so she is just ok. Whoever feels they can rap can just enter the ring like us and try," she said.

The Properly hitmaker added that she cannot be compared to Diana Marua.

"Don't disrespect me like that...I have experience competing with the likes of Nyashinski. But with rap...the more you do it you become good."

She went ahead to offer some advice to the new rapper in town.

"Let her try...she is already in the ring. She looks good... her image is good...looks good on video, so she should try more," she advised.

Femi also spoke about her album dubbed 'Greatness', which she says was a success.

"We featured artists from other countries... it's one of the biggest rap albums. The production was good...I am the most subscribed female artist in Africa...most watched. I feel I am at a very good place," she explained.