'Billionaire' KRG the Don reveals source of his wealth

• KRG said most of those who are lazy claim he is involved in the money laundering business aka 'Wash wash'. 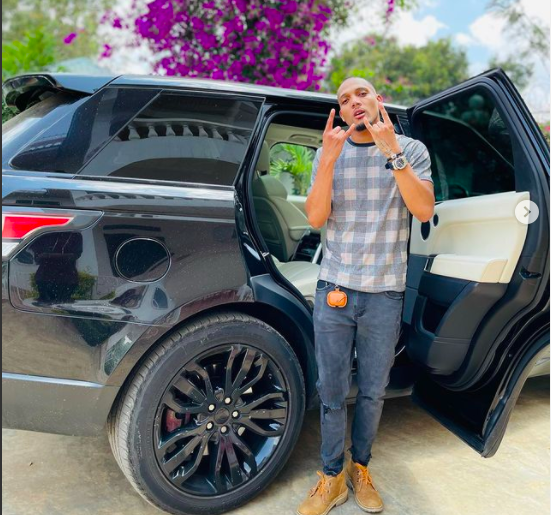 Rapper KRG the Don has explained the source of his wealth. Speaking to Mpasho.co.ke, the flamboyant rapper said those who doubt his wealth are lazy.

He said his family saw the potential in him and invested indirectly.

"I was always a smart kid and from an early as I was in High school, I started making money while still in school. My dad used to give me a lot of money, he used to give me like sh 150k and I only needed sh 40k. I was keen and used it wisely," he said adding that he started lending the money as a shylock to other students.

"I studied in Kampala and clothes are cheaper there, so, I would also bring clothes to my friends and as times went on, I was already a millionaire."

KRG said most of those who are lazy claim he is involved in the money laundering business aka 'Wash wash'.

"When someone is down and they do not want to work hard, they can create any story. They start saying it is illegal business since I have friends who have been mentioned in the 'wash wash' thing."

He said anyone who doubts his wealth should report him to any authority as he is ready to account for his money.He said at 31 years, he is a billionaire.

"I have not calculated my wealth but I know, I am above a billion. I invest wisely and do my maths. Every youth should have a goal in life and work hard."

Recently, the rapper said he spends Sh100,000 per day on buying fuel and lunch.

"In a day, I spend 100K. I am not your average Kenyan. I spend my time wisely. Some people just sit somewhere kuchapa story and they do not earn anything," he said.

He said he has invested in the real estate, transport business and is also in the music business.

"I have also planted trees, I have also partnered with different brands. I don't put my music as the first priority. That is why you don't see me trending as a musician."