Helooooo...Nyashinski and Femi One have broken all the industry rules (Video) 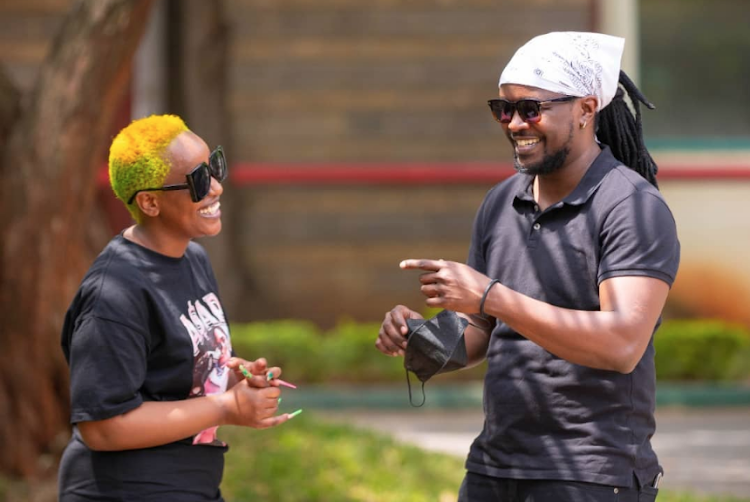 In true Nyashinski fashion, the entertainer has released a piece of art that will take years for critics to fully decipher. He has released a music video with Femi one titles Properly.

He is here and he is demanding respect.

His lyrics demand your full attention and they send out a strong message and theme.

He makes his rules.

Those who don't get his vibe or bow to his rule should, "Mind their business".

Nyashinski conveys this message through rap and singing in harmony. Very few artists can pull that off so seamlessly.

If you fully want to get what Nyashinski means focus on his shot in the video where he is in the limelight. He states unequivocally who the 'gwiji' is.

"When you ask who is the legend here, I feel like you are disrespecting me. You can never figure me out or place me in a box..."

And for those asking what he has been up to, Nyashinski says "hajakosa form". He is always in the zone.

The highlight for me in this video was when he opened the door for Femi One as she performed her verse.

This is an endorsement by King Nyashinski saying, she is the number one MC in Kenya. Not female MC, but good old iconic MC in her own right.

Femi One starts off by saying, "Sikudai number two, wakanichuja daro. So nikajenga shule (I did not covert the number two position so I left the class and instead built a school)."

Femi One has made it clear that she is thinking outside the box. And that the proverbial box has been trashed because she is now way bigger than being cast in a box.

Ya'll the queen has spoken. The duo shows you how things are done properly.

Watch the video that has just been released below: