(Video) 'It was tough,' Esther Musila on introducing Guardian Angel to her kids

• After going on several dates with the singer, Esther had to make it clear that she is dating him. 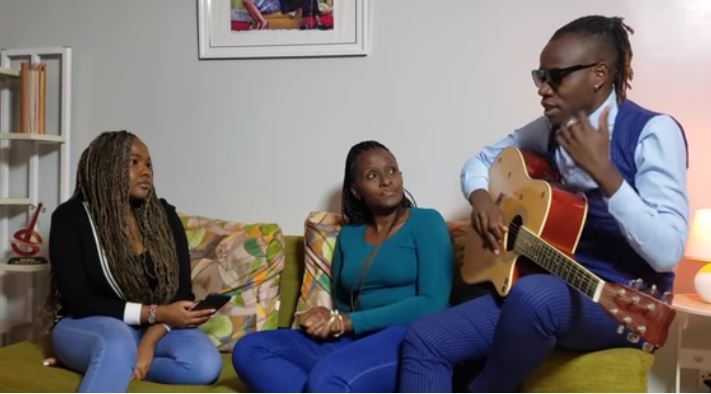 Esther Musila has shared how she introduced her children to her fiancee Guardian Angel.

Speaking to Mpasho, the mother of three said she had fears about telling her children that she is in a new relationship.

"When the story came out, I had to officially introduce them...although they knew. But we feared because I did not know how my kids would react.

I had been their only parent for a while...it was tough in the beginning, but slowly they warmed up to it and now we are cool," Esther said.

A woman has sought police protection claiming her life is in danger in an ongoing feud between ex-Nairobi governor Mike Sonko and a number of state ...
Entertainment
1 week ago

After going on several dates with the singer, Esther had to make it clear that she is dating him.

"They used to see me disappearing...I am like I am going to meet Guardian. Obviously, they had to know whom mum was meeting, I had to tell them I am seeing somebody.

The couple fell victim to social media trolling after announcing their relationship.

"We did not even think it was a problem. But we got used to it because we know why we are together. As long as my family is cool we are okay, the rest is noise," Esther added.

At 51 years old, Esther has maintained a snatched waist with a curvy figure.

This, she says, is courtesy of her dance routines at the gym.