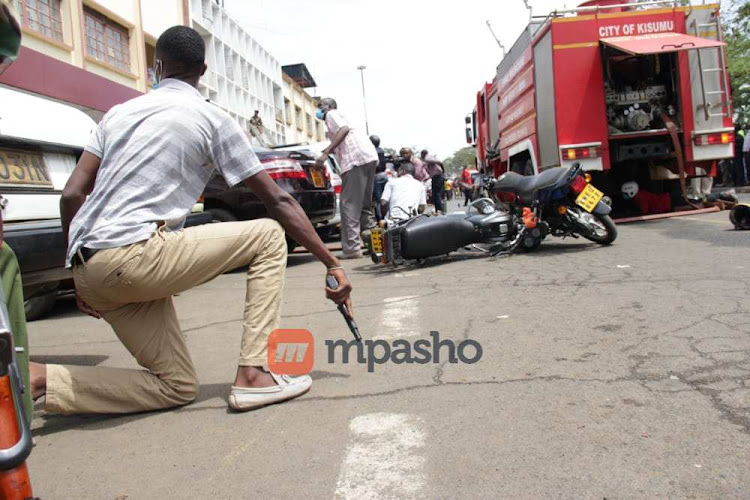 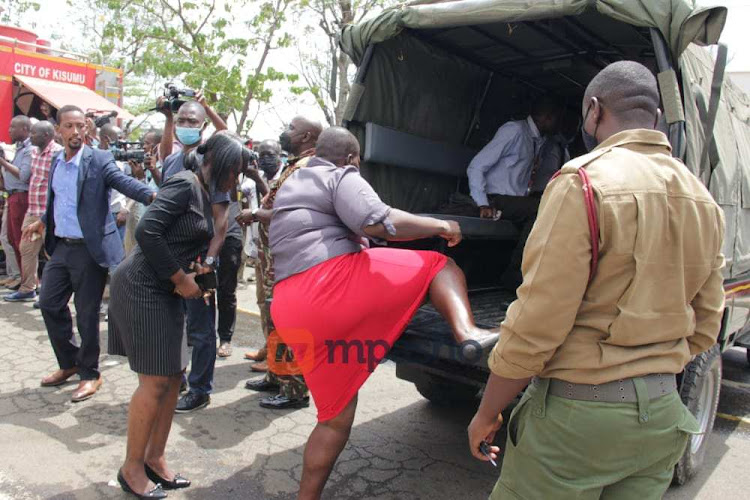 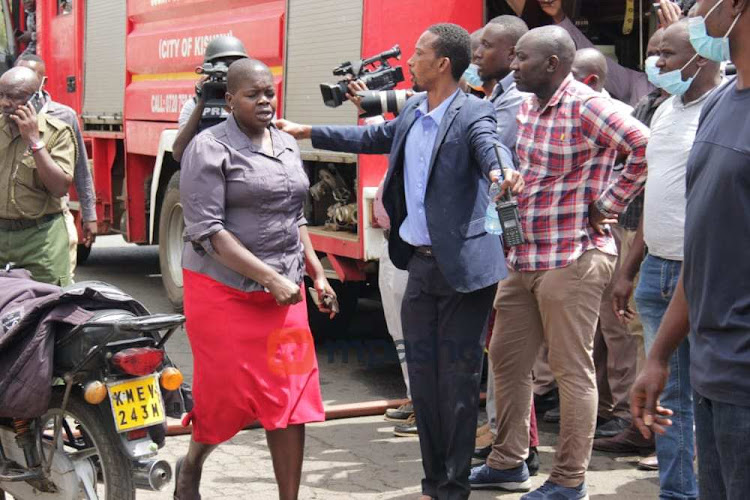 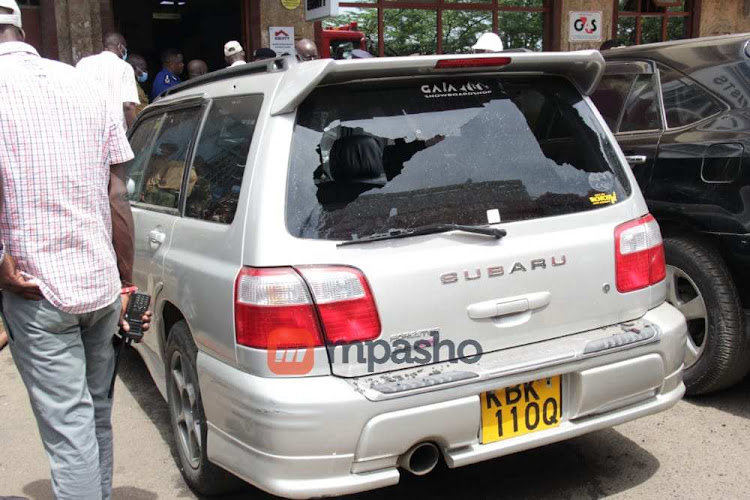 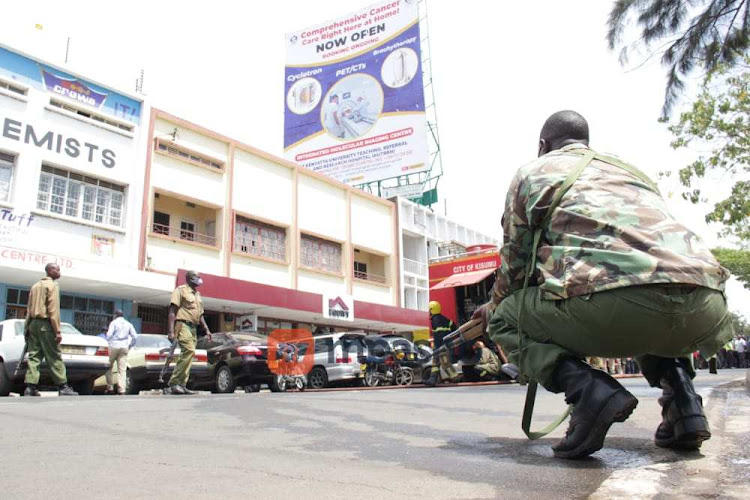 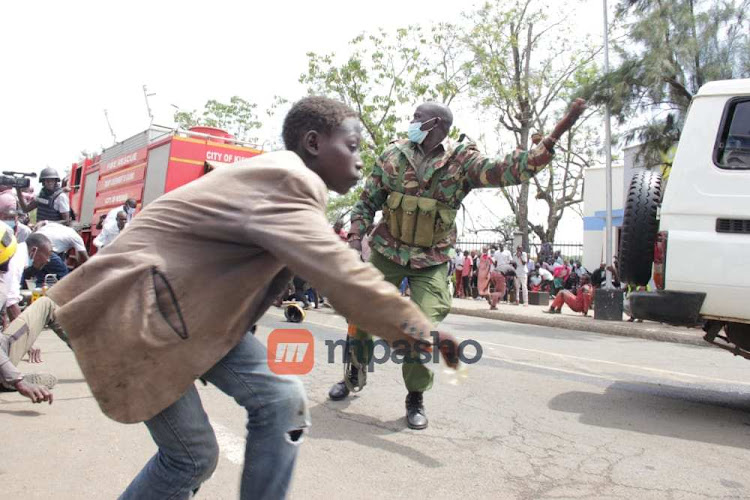 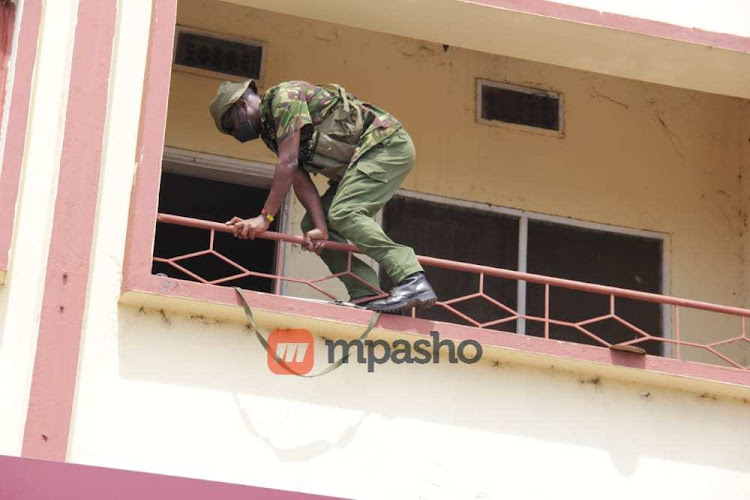 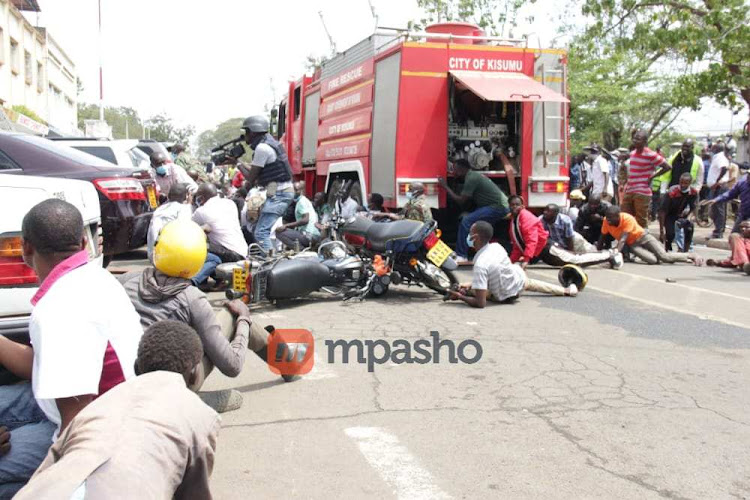 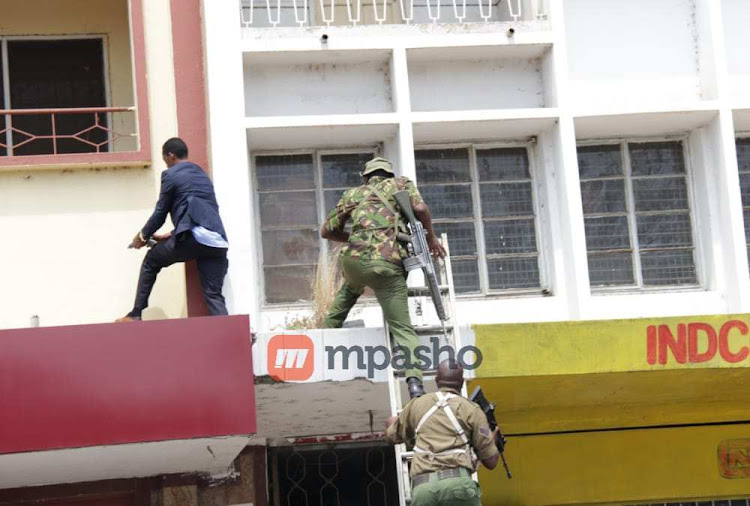 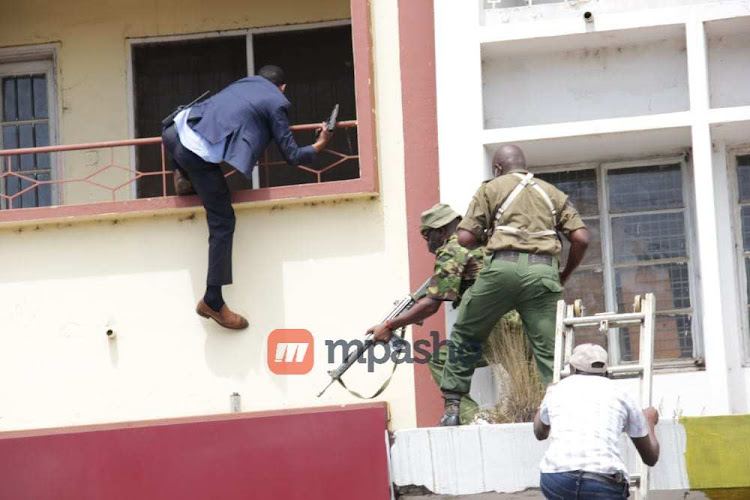 Police in Kisumu are currently engaged in a shoot out with robbers at Equity Bank on Ang'awa Street.

The robbers are still holed up inside the branch.

A team of police officers led by Nyanza regional police commander Karanja Muiruri have been engaged in a gun battle with an unknown number of robbers for more than one hour.

"Lala chini" voices could be heard as others followed the instructions.

The robbers are said to have raided the bank at about 11.30 am.

Three students who were within the bank were rescued as the gunshots rented the air.

They were rushed to hospital in a police vehicle.

Police in Kisumu are currently engaged in a shoot out with robbers at Equity Bank on Ang'awa Street.

The female students were at the bank to pay school fees as they head back to school from their mid-term break.

Some of the staff who were inside the bank during the shoot out have also been rescued.

It is not yet known whether there are casualties as the operations are still on.

The robbers are said to have lobbied the tear gas canisters inside the bank, causing fear among the staff and clients.

Kisumu county firefighters are also on the scene to help neutralise teargas canisters.