Use alternative methods as we address condom shortage — MoH advises

• The ministry has however advised Kenyans to visit the various health facilities and be informed on other available family planning methods, saying female condoms are in surplus. 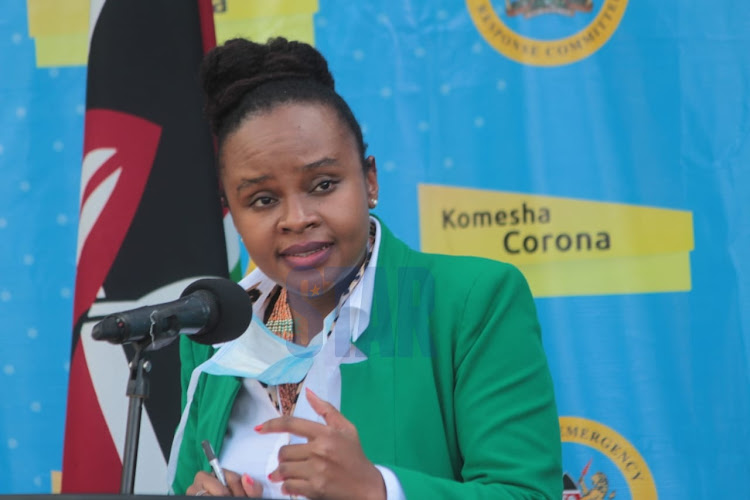 The Ministry of Health has said it is committed to ensuring the condoms shortage in the country is addressed as soon as possible.

This is after it emerged that there was an acute condoms shortage with data showing that the country needs 455 million condoms annually against the 1.6million provided by the government per month.

As a result, most establishments that used to stock the commodities including public health facilities no longer have free condoms in their dispensers.

Data from the Global Fund and the United Nations Population Fund shows that close to 20 million condoms were distributed in the country last year.

“Together with our partners we have secured resources and we should be able to give further information when to expect these deliveries into the country,” Health CAS Mercy Mwangangi said on Friday.

“All forms of contraception, all methods, short and long term need to be available and therefore as government, we are always working hard to ensure that those commodities are here and availed to the citizens.”

The shortage has been blamed on the high taxes levied on the commodities by the government despite them being donations, with some donors being forced to redirect their consignments to other countries.

AIDs Healthcare Foundation country director Samuel Kinyanjui said the last shipment was made in 2019 with reports indicating that the commodities are not at the warehouse stores at the Kenya Medical Supplies Authority.

The ministry has however advised Kenyans to visit the various health facilities and be informed on other available family planning methods, saying female condoms are in surplus.

“Even as we have a shortage of the male condom we have sometimes seen excesses of the female condom and so if Kenyans go to a health facility they will meet nurses who will take them through the different methods that are available,” she said.

“This will ensure they have gotten some little health education on how to use them because we do have female condoms, we do have male condoms though in short supply but we are working to ensure that these are availed.”

The shortage is a concern as it exposes vulnerable groups such as teenagers to the risk of unwanted pregnancies and sexually transmitted diseases and STIs.

The ministry on Friday launched a digitized mobilised based commodities monitoring and reporting tool to address the perennial problem of stock-outs of family planning commodities.

The app dubbed QualiPharm is customized for use by healthcare providers to report the monthly commodity summary report at the facility level.

The app designed with the support of UNFPA was launched by Mwangangi at Mbagathi Hospital.

The mobile app was adopted in 2019 to improve on family planning commodities in Homa Bay with a subsequent scale up to more than 830 health facilities in 20 counties by end of last year and 1,078 facilities currently.

“You can see where there are excesses and redistribute, you can see a facility and what they have requested if it is not enough you ask them to request enough,” the sub county pharmacist at NMS Norah Maore said.

It is designed to address various gaps in the supply chain by providing end-to-end visibility of commodities while at the same time improving the quality of data reported.

Data is collected from the patients then the data is summarised and put in that tool then the tool takes the information to KHIS which is the national health information system.