• In the album, Guardian has featured other gospel artistes such as Goodluck and Moji Short Baba. 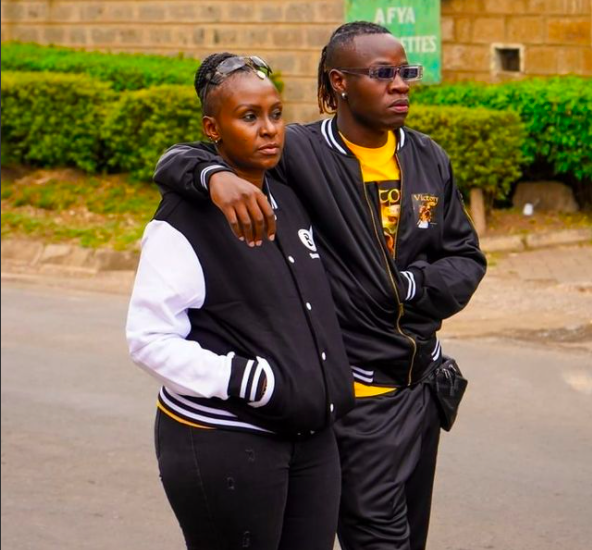 Speaking exclusively to Mpasho, Esther shared how she feels about the album.

"I know all the songs word to word. This is one great album because it talks about what we have achieved. We have come through two years of the pandemic and we are still alive..there is nothing greater," Esther said.

For Guardian, releasing two albums back to back is not an uphill climb since he can compose 7 songs in a day.

"I was approached to release an album after I had already recorded my own album... I didn't want to give up mine, so I recorded victory after releasing the other one. For me building an album can take a week or less," the 'Kuongozwa' singer said.

From the album 'Bado' is Guardian's favourite song while 'Bendera' is Esthers'.

"When I feel a vibe... I ask Guardian to sample it. Maybe in the next album if he agrees to feature me," Esther shared.

In the album, Guardian has featured other gospel artistes such as Goodluck and Moji Short Baba.