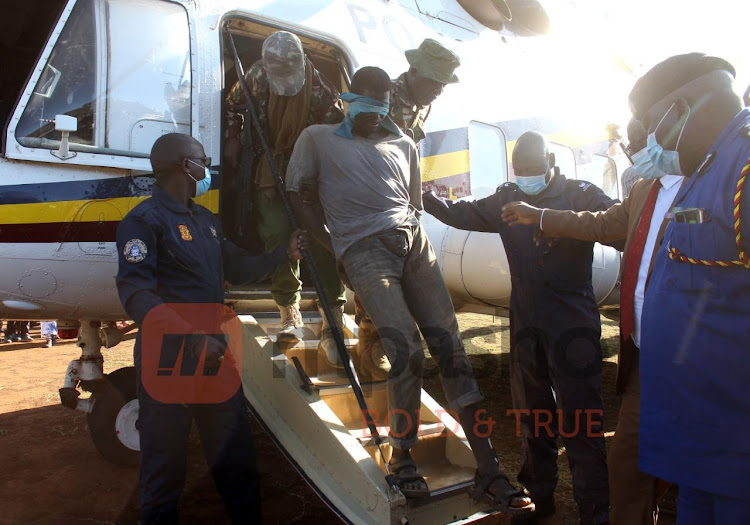 The dramatic arrest and eventual transfer of the three escapees from the Kamiti Maximum Prison took place today in Kitui.

However, the law caught up with them at the Enzio forest in Mwingi East, Kitui County.

The three were arrested following a tip-off from the public and are believed to have been heading to Somalia. Sources reveal that they asked for directions to Boni Forest.

Here are the dramatic photos taken after their arrest by the hawkeyed Andrew Kasuku. 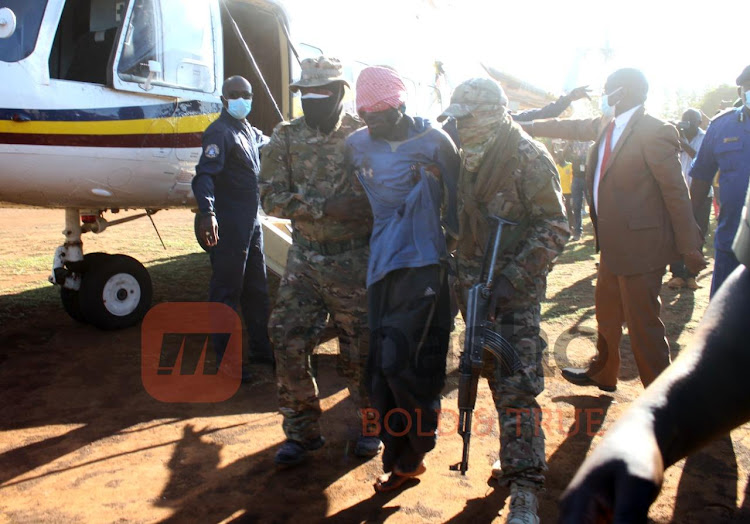 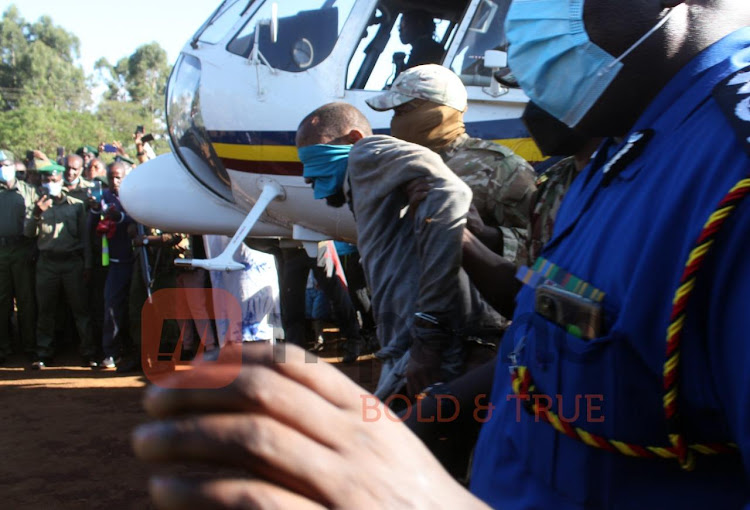 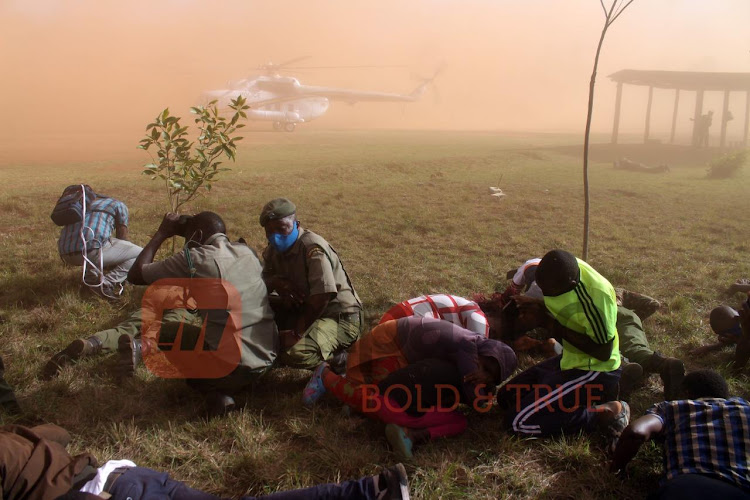 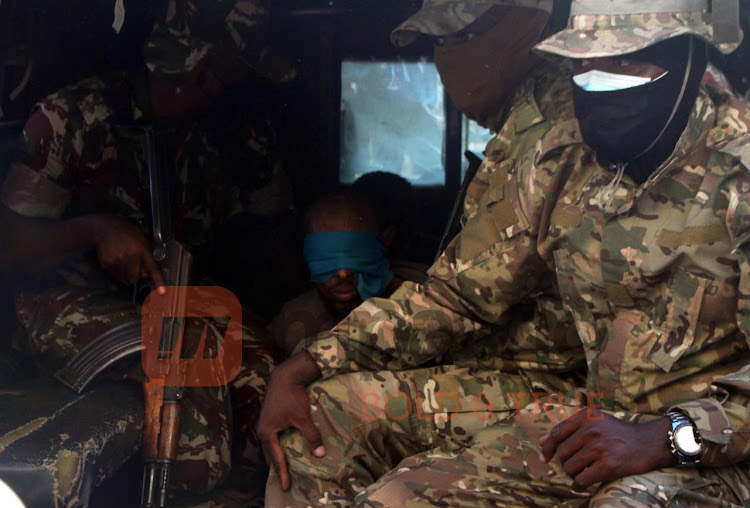 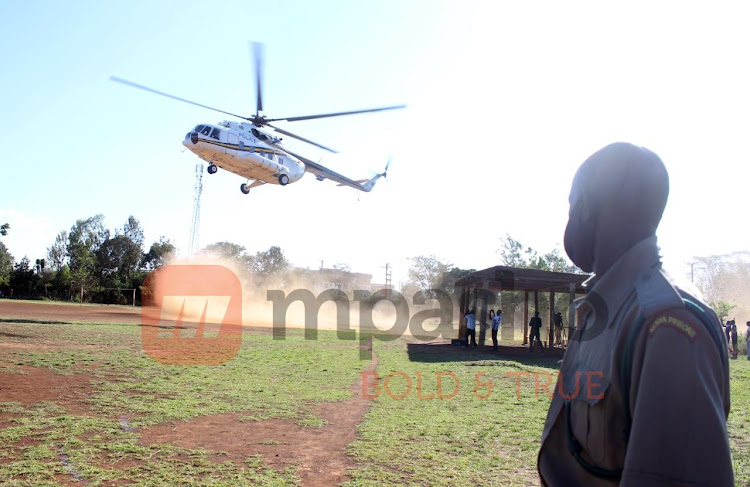 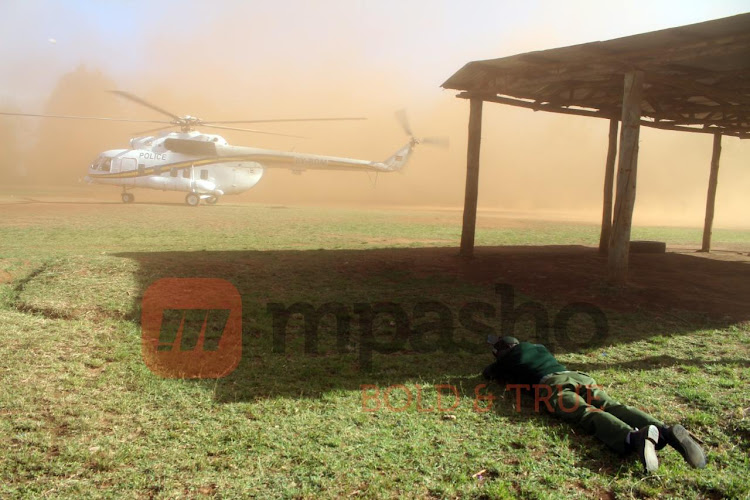