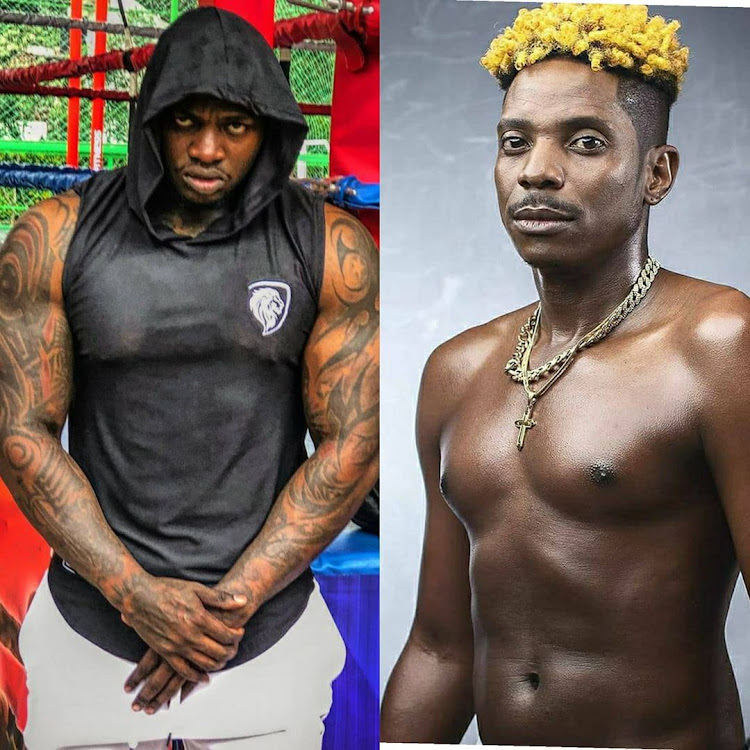 Rapper Khaligraph Jones has dismissed Eric Omondi's calls for an upgrade in the Kenyan music industry.

Speaking to Mpasho's Kalondu Musyimi during the launch of his brand, Galactic, Khaligraph said Eric Omondi should keep off music matters.

"You don't take it that far, you want to act as if you are the one now calling for a revolution. Do you want to become Dedan Kimathi of this fight?

There is no way you can go to a battlefield and you are a teacher from Kangemi. Everyone has a right to an opinion but he is nonsense," Khaligraph said.

In the interview, Khaligraph also said he does not mind curtain-raising for an international act.

"If that is the case then I have been curtain-raising for Bahati and whoever. If you call me for a show I would tell you to put me first so that I can finish and go home, leaving others to fight," he said.

The comedian has been rocking the airwaves since saying that the Kenyan music industry is dead.

He has been calling out local musicians for settling for low payments.

Over the weekend, singer Akothee was hospitalized.
Entertainment
2 weeks ago