• Khaligraph dismissed the notion that headlining a music concert implies you are a big artist. 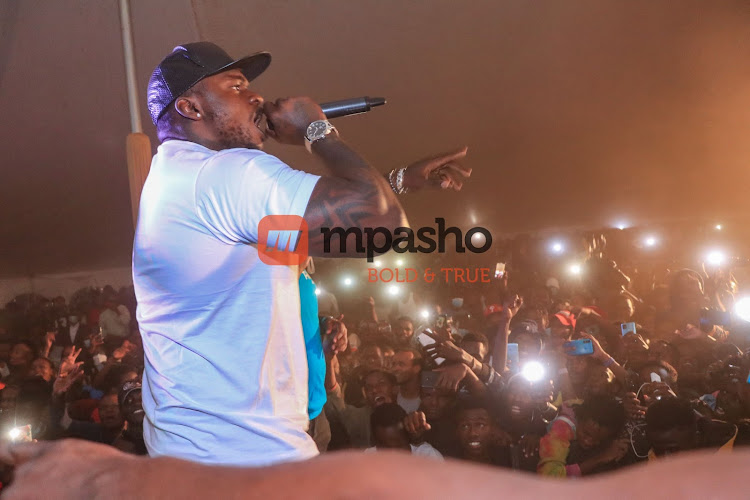 Rapper Khaligraph Jones has dismissed the notion that headlining a music concert implies you are a big artist.

Speaking during his street bash in Nairobi, the OG said he does not mind curtain-raising for both local and international artists.

"If that is the case then I have been curtain-raising for Bahati and whoever. If you call me for a show I would tell you to put me first so that I can finish and go home, leaving others to fight.

The event organizer allocates time, it is not about curtain raising. As long as I am paid I will finish the show and go home," Khaligraph said.

He also dismissed the notion that the Kenyan music industry is dead.

"Which country in Africa would you say is ahead of Kenya in music? Don't count Nigeria, it has a population of 200 Million. It is because we have a culture of demeaning artists."

True to his lyrics in the 'Now You Know' song, Nyashinski could not sit back and watch Adekunle closing the stage on the Kenyan soil.
Entertainment
1 week ago