• The band described fan-support as the biggest motivation an artist can get. 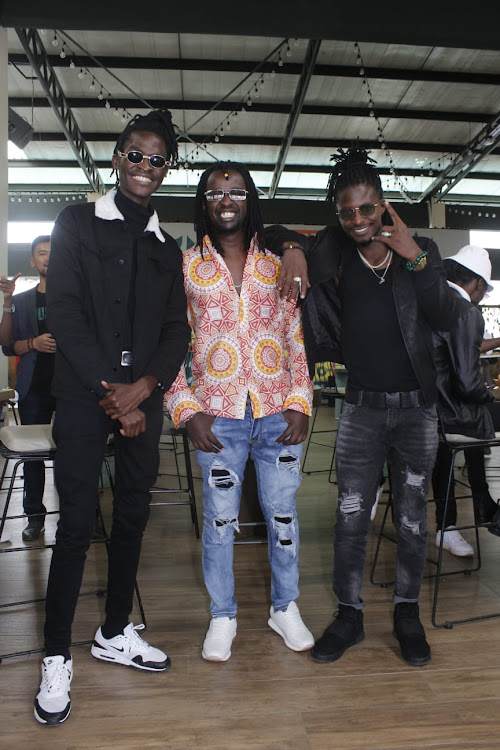 My 'Jaber' song by Hart the Band has become an anthem on Kenyan streets. The group made of Wachira, Modecai and Ken told Mpasho that they were delighted by the manner in which the song was received by fans.

"When we write content every time, it is a different experience. When producing, you always have that feeling of.. this will be something.. but you never know how big or small it will be," they shared.

The band described fan support as the biggest motivation an artist can get.

"It is a very big feeling for an artist, when you put out your art, the best feeling you can get is appreciation from fans."

Known for their other hit song 'Elshaddai', the group has released another gospel music named 'Milele';

"The video is coming soon. We have gone through religion, it's a big piece of us. There is somebody above us who is watching us, and it's our way of saying thank you," they shared.

The trio said they are also focused on nurturing young talents;

"Not necessarily in our band, but we are working with other artists to grow the industry, the industry needs more people like hart the band."

The band will have their projects on Hustle app, which is a central hub for creatives to manage the entirety of their business from creating storefronts, adding physical and digital products, recording orders, and accepting payments.