Piece by: AFP By Francois Picard 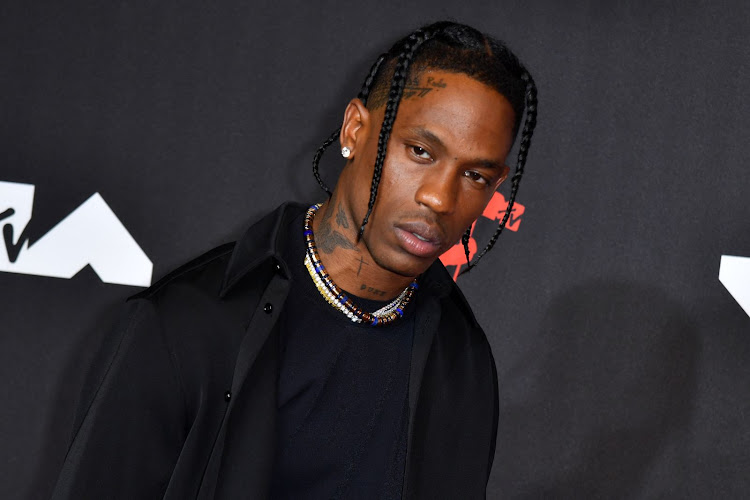 Rappers Travis Scott and Drake have been sued for having "incited mayhem" after eight people were killed and dozens injured in a crush during a Texas concert.
Image: Photo by ANGELA WEISS / AFP

At least two people including a young boy remained in critical condition Wednesday as lawsuits mounted over the disastrous Travis Scott concert that left eight people dead in Houston.

Prominent civil rights lawyer Ben Crump announced a suit against the hip hop megastar, concert organizers and venue management on behalf of the family of Ezra Blount, a nine-year-old left in a coma after being trampled at Scott's Astroworld Festival.

"This little boy is currently fighting for his life," Crump said in a Tuesday statement.

"Concerts and music festivals such as this are meant to be a safe place for people of all ages to enjoy music in a controlled environment. None of that was true about the Astroworld Festival," he said.

A 22-year-old university student, Bharti Shahani, who attended the concert with a sister and cousin, was comatose on a ventilator, the family told local TV station ABC13.

"I think she lost oxygen for 10 minutes one time and seven minutes at another time," the cousin, Mohit Bellani, explained.

"The doctors, they say the chances of survival are nothing," her father Sunny Shahani told the station.

Hollywood star Gal Gadot has joked about the injury she suffered on the set of 'Red Notice'.
Entertainment
2 weeks ago

At least 60 lawsuits have been announced singling out Scott and fellow singer Drake, who took to the stage in the final 15 minutes of the concert, well after authorities had declared an emergency.

Also named in suits are Live Nation, the huge national events organizer; Scoremore, a Texas concert group; ASM Global, an international venue group; and others involved in the music spectacle at NRG Park in Houston.

Some 50,000 people jammed into the open air venue, dancing and singing along with Scott but finding themselves increasingly crushed against barriers, unable to move and breathe as the mass pressed toward the stage.

Some fell and others tumbled on top of them, crushing the bodies beneath, and the density of the crowd closer to the stage made it hard to pick them up and evacuate them, attendees described.

"There were like layers of bodies on the ground, like two people thick. We were fighting to come up to the top and breathe to stay alive," Bellani said.

The lawsuits accuse the organizers of failing to maintain the security demanded by such an event, and in some cases actively encouraging dangerous behavior.

The tragedy was "predictable and preventable" and was the result of "gross negligence," said a suit filed by Manuel Souza, who said he "suffered serious bodily injuries" when he was knocked to the ground and trampled.

Souza balmed "defendants' motivation for profit at the expense of concertgoers' health and safety" for the eight deaths and dozens of injuries.

One lawsuit said that a dangerous stampede had already taken place earlier that day when the venue opened.

It was a "near-carbon copy" of Scott's Astroworld Festival in 2019, when "patrons were forcefully pushed to the ground by the mob and became trapped under a stampede of people unable to stand back up," according to the suit by Zoey and Bruce Ferguson. "As a result, many suffered serious injuries and damages."

Travis Scott has offered to help the families of 8 people who were killed at Scott's Astroworld Festival.
Entertainment
2 weeks ago

(Video) Travis Scott 'was in tears' after concert stampede

Travis Scott was in tears after eight people died at Astroworld Festival.
Lifestyle
3 weeks ago

The case could focus on the inadequacy of preparations, but also on Scott's and Drake's own actions during the concert.

People in the crowd repeatedly screamed "stop the show" and videos show the crowd trying to evacuate people who had collapsed.

From the stage at certain points Scott acknowledged some trouble and that an ambulance was trying to get through the crowd.

But then he and Drake, who appeared on the stage at 10:00 pm, continued to energize the crowd until the show ended at 10:15.

Asked on NBC's "Today Show" Tuesday if Scott should have stopped the concert, Peña replied: "Absolutely."

He said Houston police were taking the lead investigating the disaster.

"We're looking at everything," Peña said. "We need to ensure that this does not happen again."

"I suffered raging jealousy for Tupac!" Will Smith

That Will Smith has been embarrassed on numerous times this past year, is in no doubt. His shame has all sprung up from the things that his wife says ...
Entertainment
2 weeks ago