• He attended a function at KICD where Interior CS Fred Matiangi was the host. 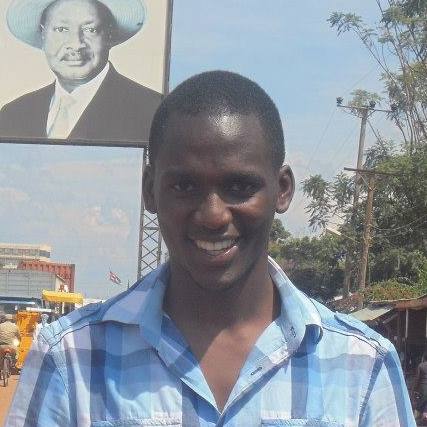 One Sam Ogina who has been in the news of late after comedian Eric Omondi thrust him, smack in the middle of a love triangle.

The Citizen news anchor is yet to respond to the claims.

However, Eric apologised to the media personality during an interview with Mzazi Willy M Tuva on Mseto East Africa.

He said, "I want to ask for his forgiveness, I panicked and in a rush to wash my brand I ended up mentioning him.  So I wanted to say all the details to explain why I wanted DNA. It's true they dated but mentioning him was unnecessary."

Eric continued, "I would have said he was dating a popular news anchor."

Anyhow, today afternoon he was in a snafu of sorts.

He attended a function at KICD where Interior CS Fred Matiangi was the host.

When it was time for a group photo he rushed to grab a moment to interview Matiangi denying photographers a chance to take a photo.

But the hawk-eyed Interior PS Kibicho spotted that he had not zipped up and chased him away to go and zip up throwing all the VIPs into laughter.

While he was zipping and getting over the embarrassing moment, CS Matiangi left, boarding his vehicle and sped off. Ogina later disappeared and left the venue.

5 things we know so far about Sam Ogina

Sam Ogina has never been more popular than he is today. As many of you might know, Eric Omondi is the reason for his newfound infamy.
Entertainment
3 weeks ago