In a press conference with her lawyer Philip Murgor, Lilian said she started receiving threats from the governor after his birthday party at Ole Sereni Hotel.

She alleges that the governor has taken some of her properties;

“Mr. Mutua, accompanied by his police guard, Martin Nzinghi arrived at my apartment parking lot at Kileleshwa, Nairobi, and without my knowledge or consent and using a spare key which he had illegally obtained, drove way my personal motor vehicle KBY 186G- a car which had been fully registered in my name since 2014,” read part of Lilian's statement.

Lilian added that Alfred Mutua had transferred her shares in the Ndash Enterprise Limited to his sister Anne Mbandi Mutua. 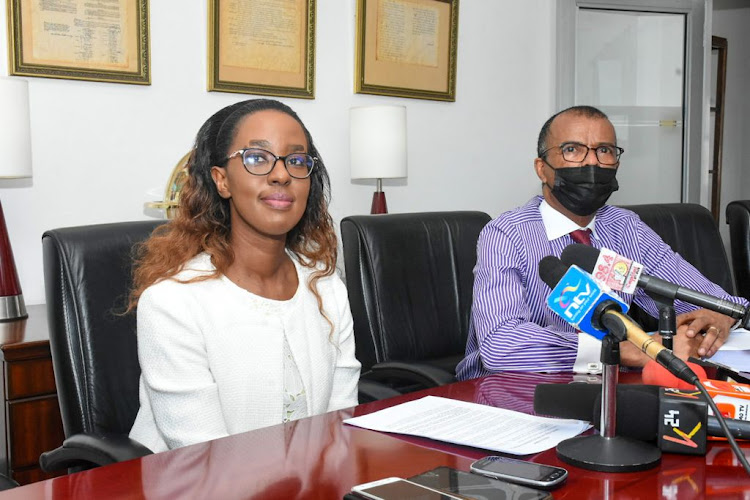 Lilian further denied being friends with Governor Alfred Mutua as he has been claiming in the media.

She recalls that on September 22 she had a meeting with Mutua in the presence of their mutual friends.

There, Lilian requested him for an amicable separation, but Mutua termed her as his enemy, threatening to “crush her to ashes.”

Lilian wants Mutua to return his property, cease threatening those close to him and “He needs to get a life and move on.”