Alec Baldwin says fatal shooting was 'one in a trillion' 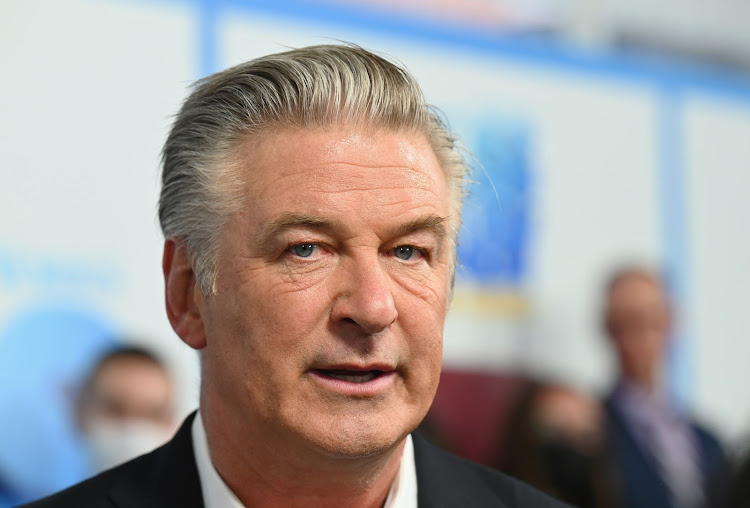 US actor Alec Baldwin said Saturday in his first public comments on his fatal shooting of cinematographer Halyna Hutchins with a prop gun on a movie set that the tragedy was a "one in a trillion episode."

In footage aired by TMZ, Baldwin and his wife Hilaria spoke to reporters who intercepted them in Manchester, Vermont.

The Hollywood star declined to comment on the investigation of the shooting on the set of the 19th-century Western "Rust" on October 21.

Baldwin has previously tweeted to express his grief over the tragedy and said he is cooperating with police investigating the killing.

"She was my family," he told the reporters in the footage.

"There are incidental accidents on film sets from time to time, but nothing like this. This is a one in a trillion episode."

Calls have grown since the incident for better control of weapons on Hollywood sets, and Baldwin said the effort was "something I am extremely interested in."

But he could not say whether he would ever work with firearms on a set again.

He also said that production on "Rust," which was suspended immediately after the killing, would not resume.

Baldwin, who was a producer as well as the lead actor in the film, fired a live round from a Colt .45 during a rehearsal on the set of "Rust."

The round passed through Hutchins' body and struck director Joel Souza in the shoulder. She died, while he was treated in hospital for the injury and released.

Baldwin, who had been told by the film's assistant director that the gun was "cold" -- meaning it did not have a live round in the chamber -- said he could not comment on the ongoing investigation.

The assistant director, Dave Halls, has since told detectives that he did not fully check the gun before declaring it safe.

Halls was fired as assistant director on a previous movie for gun safety violations, that film's producers said this week.

The altercation started when he asked the senator to stop beating the woman he was with and instead agree on how to resolve their issues. Seconds ...
Politics
4 weeks ago

The out of court settlement reads, "Neither party shall have any claim against the other over the events of the 24th October 2021 upon execution ...
Politics
3 weeks ago

The film's armorer said in a statement on Friday that she had "no idea" where the live round came from.

Hannah Gutierrez-Reed, 24, was responsible for supplying and keeping weapons safe on set, ensuring that they were accounted for at all times and locked away when not in use.

She "never witnessed anyone shoot live rounds with these guns and nor would she permit that," the statement said.

"They were locked up every night and at lunch and there's no way a single one of them was unaccounted for or being shot by crew members."

More than a dozen weapons were being stored in a prop truck on the set, according to law enforcement documents seen by AFP on Friday.

Authorities have said they do not rule out pressing criminal charges.

Investigators in Santa Fe, where "Rust" was being made, said they had seized a cache of ammunition, some of which they believe was live, and the sheriff told reporters there was "some complacency" on set.

Baldwin said that the day he arrived in Santa Fe he had taken Hutchins and Souza to dinner.

"We were a very, very ... well-oiled crew shooting a film together and then this horrible event happened," he said.

And he described meeting Hutchins' widower and son, saying they were "overwhelmed with grief."