Photos of Bomet shopkeeper who killed customer over Ksh400 debt 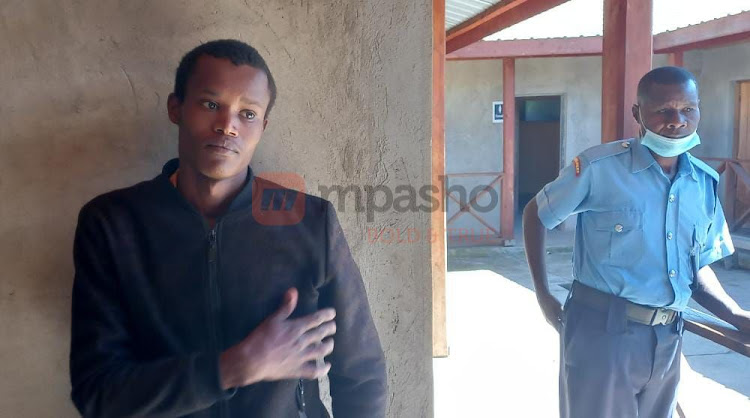 Evans Mutai who owns a shop at Sibaiyan location was arrested after he stabbed Festus Keter, 35, on the chest and went on to trade merchandise at his premises.

He stabbed his customer over a Ksh 400 debt.

Directorate of Criminal Investigation George Kinoti said Keter owed the shopkeeper the money and that they had an argument over it.

“After being stabbed on the right side of the chest, Keter was left for dead outside the shop. A concerned villager who stumbled on the body of the deceased, informed detectives based at Chesoen police station about the incident,” Kinoti said.

Kinoti said the officers immediately rushed to the scene 10 kilometres away and conducted preliminary investigations into the murder.

A blood-stained knife was recovered and kept as an exhibit.

The body of the deceased was taken to Longisa hospital mortuary pending a postmortem.

Mutai shall be arraigned in court Monday to answer murder charges.

Last month, a 24-year-old man was arrested for the murder of his friend Kenneth Bundi, over a Sh20 debt.

Fred Mugambi is alleged to have assaulted the deceased at Kambo market in Meru county, leaving him with serious injuries that led to his death.

Kinoti said the suspect had an accomplice identified as Murangiri Maore, who fled the scene immediately after the incident.

"According to eyewitnesses, the two had confronted the deceased over Sh20 advanced to him earlier, to buy a glass local brew. But when he could not pay back, they descended on him with blows and kicks leaving him unconscious," Kinoti said.

"He was rushed to Nyambene level 4 hospital by well-wishers where he was pronounced dead on arrival."

Jecinta Murugi 27 years, was brutally stabbed to death by the husband before he turned and chopped off their daughter’s head Saturday.
Crime
1 month ago

Samson Kemoi walked to the local police station and reported he had visited his 22-year old girlfriend Miriam Chepchirchir. She is a student at the ...
Crime
1 month ago