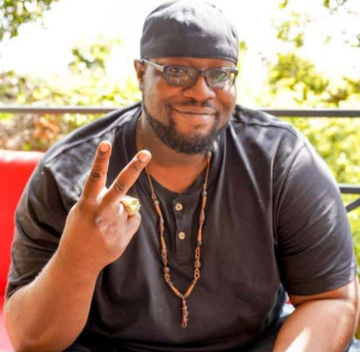 On Monday, Kenyan creatives resumed meetings held at Nyayo Stadium to kick off the burial arrangements.

After the meeting, the main fundraising event will be held on Tuesday at All Saints Cathedral starting at 5 pm.

Thereafter, a funeral service is scheduled for Thursday starting at 12 noon at All Saints Cathedral.

Big Mike's body will then be transported to Sigueng Karuoth in Ugenya, Siaya County where he will be laid to rest.

Big Mike, a member of one of the first pioneer rap groups in Kenya passed away on Monday last week.

Big Mike was a renowned producer and rapper when Kenyan music was at its infant stages in an era where there were only few hiphop groups in Kenya.

The groups that were well known in Kenya include Kalamashaka, Warogi Wawili, Ksouth, Hardstone, Necessary Noize just to mention a few.

He used to go by the moniker name Zazanthara.

Other members of the group were Eric Musyoka aka Masta Aajab, Mbwa Kali and Chizi Nomaa.

He was also instrumental with the WAPI Rap Battles which used to happen at British Council and Sarakasi Dome where upcoming rappers would display their talent.

Of late he was into music production and has worked with different artists like Abbas Kubaff, Benady and has also worked with Didge and Wyre on several music projects.

As a producer, Big Mike killed it on a Abbas' monster track, Get Down.

Ethic Entertainment speak on their journey in the music industry

Their first song 'Lamba Lolo' left them in shock after garnering massive views on YouTube.
Entertainment
1 month ago