"I know for sure is that Papa Dennis didn't kill himself!" Sadat Muhindi

Sadat Muhindi was a guest at Daddy Owen's album launch this past weekend. The music promoter and owner of the record label, Maliza Umaskini also spoke to Mpasho at the event.

One of the topics he addressed was the life and death of his former artiste, Papa Dennis. He said that he still wasn't sure about how Dennis died but was suspicious that it wasn't the mooted suicide that some have postulated.

"Before he died he had left our label for one year and he was doing his thing but we used to talk from day to day. So I was also surprised when I heard that he fell from a building and died." 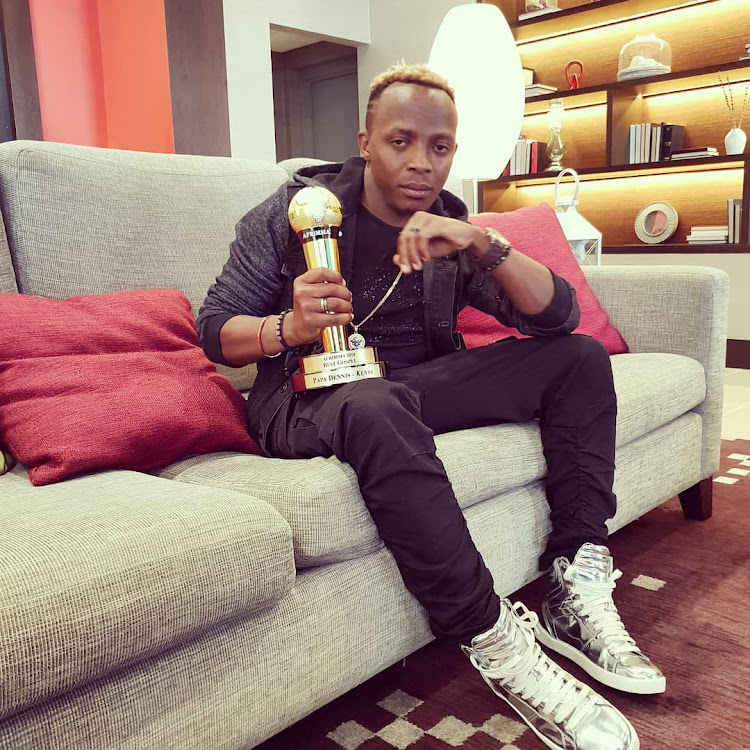 When Sadat worked with him, had the late musician showed any signs of depression? "No, no. I had even talked to him a few days before he died and he was o.k. He was even planning to go to the US and I was to boost one of his videos."

What did he think about the rumour that the late Dennis had been killed? "I don't know what the investigation is saying but one thing I know is that he didn't kill himself, that's for sure."

Was the investigation still ongoing? "Yes, it is. According to me, I talked to him 2-3 days before he died and to me he didn't take his own life."

What does he say about the rumours that he still had the late musician's money, that he hadn't paid him? "You know, if there was any money to be paid, then it is label to the family."