'Sh*t happens,' Embu MC's last words before he was killed 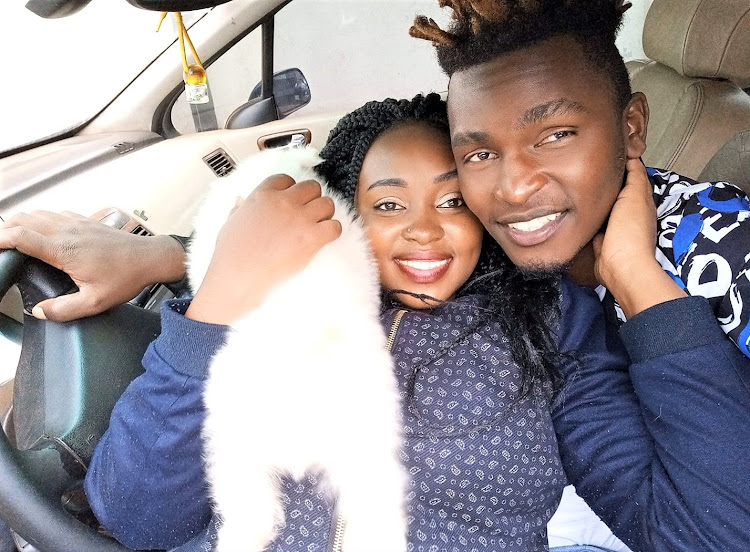 MC Newto and the wife

The wife of a slain celebrity from Embu has spoken out for the first time on the last moments she had with him before he was murdered.

Newton Mugendi popularly known as MC Newto was found stabbed by an unknown assailant and later succumbed to the injuries the following day while receiving treatment.

The renowned master of ceremonies (MC) was only 25-years-old when he lost his life on Monday, October 11, 2021.

According to his wife, Sakinah Wanjiku, they had spent the whole day indoors until later in the evening when he left to see a friend who had been incessantly calling him but he had declined to pick his calls.

“He told me he had decided to see the caller friend, a Mr. Muturi, and told me to take good care of our unborn child and gave me back my ID card that he was the one in possession of for a very long time,” said the wife in what looks like he had a premonition of his death.

Wanjiku, who is expected to deliver in less than two weeks’ time, continued that after probing him over the statement, her husband just told him “shit happens” and left the house never to return alive.

Attempts to reach him later in the night became futile after his phone went off until the following day when the family was told he had been spotted lying at the veranda of a shop in nearby Dallas Estate.

The family has now called for a probe into his death and said that they will hold a peaceful protest soon of they do not get answers.

A family in Embu Town is crying for justice following the mysterious death of their kin who was a renowned master of ceremonies (MC).
Crime
1 month ago