• Osoro detailed his close relationship with Daddy Owen, and how devastated he was after he split from his wife. 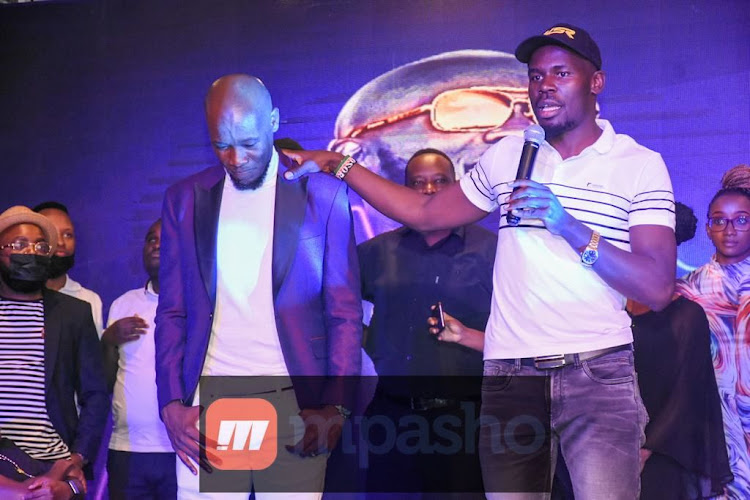 South Mugirango MP Sylvanus Osoro has asked singer Daddy Owen to forget about his ex-wife and move on.

During Daddy Owen's Album Launch last night at Kempinski Hotel, Osoro detailed his close relationship with him, and how devastated he was after his marriage woes.

"I can't believe this is Owen, in December he came to my office and I felt so bad. I had a bigger problem than him, but I had to shed a tear, his life wasn't looking very okay," he recalled.

Osoro said that he had to distract Daddy Owen to prevent him from sinking deep into depression.

He did this by taking him to South Mugirango Constituency and giving him tasks to do.

"It has been around 10 months and I have seen a transformation in him. I had to distract him, took him to the constituency, gave him a road to build. I see he is back on track and I am very happy today," Osoro said.

The MP further asked Daddy Owen to move on and get another wife.

"Now that pastor is here, I see many people here, there are many beautiful girls here, usituweke sana. We have accepted what happened, pick one, there is a stage here, a pastor," he said amid cheers from the crowd.

'Go where you are loved' Boniface Mwangi on Juliani-Lilian relationship

"I'm here to offend those men who behave like their partners are personal assets. Assets are dead things, they have no feelings or emotions.
Entertainment
1 month ago