• Men who police themselves into arbitrary boxes of “masculinity” deny themselves the full scale of humanity. 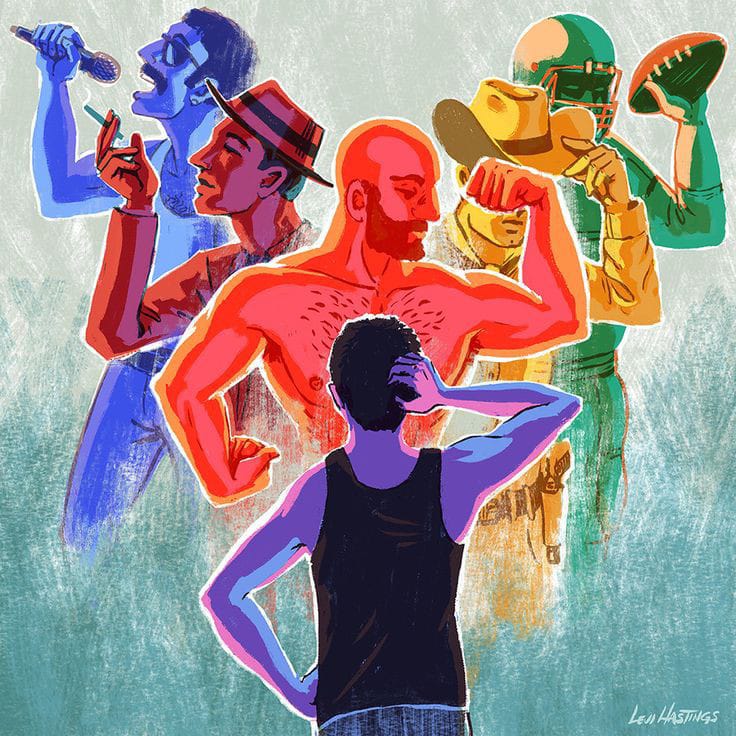 Alright, guys, it’s time for a talk. So, do me a favour and sit down, grab a coffee, whatever you need to do because am not sure how long this is going to take.

Men, your fragile masculinity is a cry for help. Men who police themselves into arbitrary boxes of “masculinity” deny themselves the full scale of humanity.

I would like to think you visit Twitter often if not once. And you have come across this guy called Eric, popularly known as “Amerix”.

He is a controversial Twitter elite who keeps men glued to his Twitter feeds every Saturday. “#MaculinitySaturday

His content is mainly “teaching men on how to tame their women who are rebellious” a colleague of mine says. This statement is so wrong in so many ways, I personally feel triggered. I  just think his followers have a deep village mentality. Well, what do I know! No offence though.

Fragile masculinity is the idea that men get easily upset when their maleness is challenged. It’s not a problem for most men, but when it’s a problem, it’s a problem.

Male fragility goes deeper than your garden-variety resistance to weakness or emotion. It’s the refusal to accept no, the inability to accept that one is not entitled to something, the violent aversion to being mocked or devalued. So, “Amerix” cannot be blamed for cultivating your toxic masculinity.

Anyway, enough about my feelings on this whole mockery men call ‘masculinity'. I want to focus on what fragile masculinity is doing to society because I am pretty sick of it and you should too.

I have a lot to cover but I’ll start small so everyone can keep up.

1. Calling other men after female genitalia

Let’s be honest, when you refer to another man or allude to another man being ‘like a woman’ what you’re saying is “I see you a woman and I am letting you know I think of you as my lesser.”

How many of you have seen “the miracle of birth,” eh? The female body can do more in a few hours or so than most fragile men do in a lifetime.

Women are not machines you put nice coins in and they deposit out sex. Be real, how many times do you have to be reminded of this?

You don’t get sex as a reward. You’re not being friend-zoned. Simply knowing a woman and both of you being friends and straight doesn’t mean you eventually get the “HOLY GRAIL” that you’re hoping for. Find a consenting adult to sleep with. Be an adult, I mean you’re legally an adult. So, start acting like one.

Stop being hyper-jealous when you see a woman interact with other men. We get it, you’re a big brute. Fantastic.

No one cares, stop being a meathead, stop thinking all men and women do together is have sex.

Stop hitting women to show your dominance. You have the privilege of conscious thought, please use it.

Stop thinking anything slightly feminine is gay. Feminine and masculine are social constructs-they are not real-and they only exist because we continue to cultivate and push their existence.

Do yourself a favor and go read a book, on any subject, just get yourself educated. Read up in the history of feminism and masculinity, make today productive.

You’re not an infant anymore so stop acting like you need someone to change your diaper. And the rest of the world is pretty tired of it.

All in all, keep in mind this is an opinion piece- my opinion for that matter. Those are valued regardless of the facts these days

Along the road, Jalas has set up a water point that is right outside his mansion.
Lifestyle
1 month ago