"He was lying, he is very old-school!" Noti Flow on stealing Mustafa's Instagram page

Noti Flow has come out to deny the claims that she stole Colonel Mustafa's Instagram page. In her response Noti giggled as she tore apart her ex-boyfriend's claims, saying;

"No, Of course, he was lying. He was using an Instagram page of mine when we met. It had over 10k followers. So he didn't have any Instagram, you know that he is very old-school. So I told him you can use my page. It was called Noti Flow fans, so I told him that he could use my page, so I gave it to him and we changed the name to Colonel."

Going on to say;

"So when we broke up, I took it back and made it for my followers. It was my account in the first place." 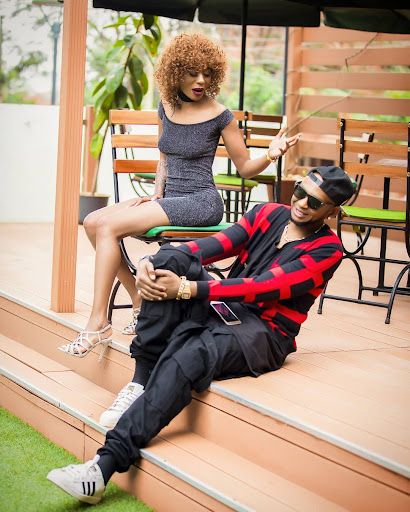 Colonel Mustafa and Noti Flow in the past
Image: Courtesy

Noti's response is based on Mustafa's claim to Mpasho that she had stolen his Instagram page. He told us,