• Nairobi west niccur says he made a special order for Raila Odinga. 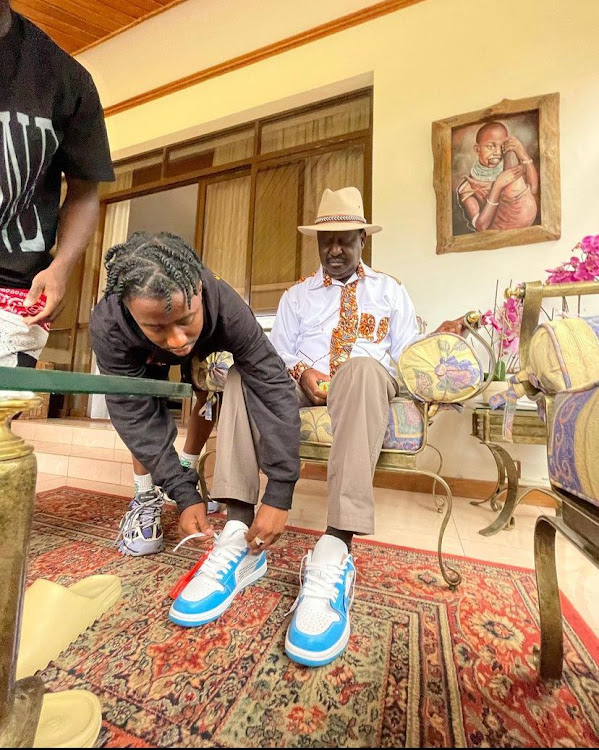 On Tuesday, Raila Odinga was a topic of discussion on social media for rocking 'fake sneakers.'

Now, Ali, the designer who gifted Odinga the blue and white sneakers has come out to dismiss the claims.

The fashion enthusiast said he made a special order for Raila Odinga.

“I made a special order for him and delivered. The shoes are Nike Air Jordan 1 x off-white. That is not fake," he stated.

He revealed that the shoes costed 100 dollars, but there are cheaper brands for his other customers.

Via his social media, Nairobi west niccur shared a photo of the shoes terming it "Swagga balaa," adding, "The money don't sleep so we can't rest."

Majirani jets off to Poland to be a construction worker

Majirani said, "Life here is better than home because no one knows my brand here and no one looks down on me it makes me feel more comfortable than ...
Lifestyle
1 week ago