• Oliver Mathenge joined the newsroom as a political reporter in December 2012. 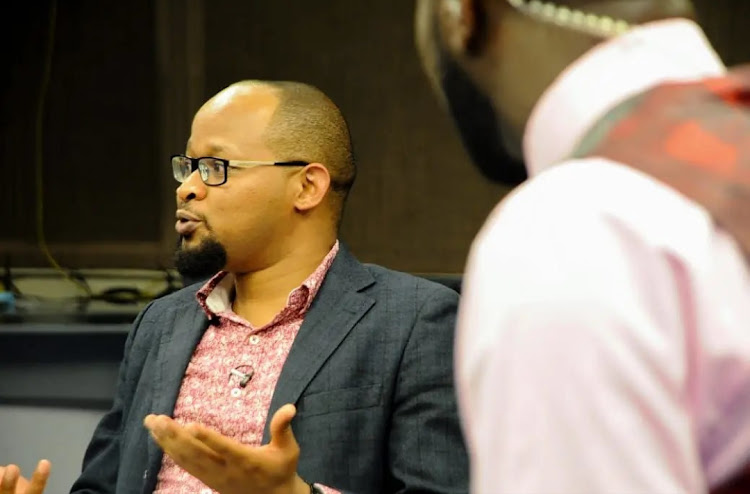 Radio Africa Digital Editor Oliver Mathenge has announced his exit from the company after 9 years of service.

In a message on his social media, Oliver shared that he will be joining the Nation Media Group.

Mpasho caught up with Oliver Mathenge who shared his 9-year journey at Radio Africa.

He joined the newsroom as a political reporter in December 2012.

Oliver later moved on to be a Senior reporter leading the Parliamentary team before being confirmed as the Digital Editor in 2017.

Here is what Oliver has to say about his career journey.

The 9 years have been fantastic with a lot of growth. I have received great mentorship from Partick Quarcoo, William Pike and Paul Ilado and I owe them greatly for what I have achieved.

In the 5 years at the Digital Desk, I have been able to work with a great team in growing our audience from less than 2 million monthly unique users for the Star in 2017 to almost 4 million currently.

The Star website has become a trusted source of information especially in line with the political mastery of the print edition.

We have also seen great growth on MPasho, Kiss, Classic, and Radio Jambo websites. On social media, we have seen growth in the number of audience following our pages.

This growth has also seen good digital revenue growth over the last two years. I also believe that moving our sites to publish-ready and mobile-optimized CMS has also been a great achievement.

Training and helping equip a lot of our team members on digital journalism has also been something that I have greatly enjoyed and am proud of.

Creating more multimedia content that is shared locally and beyond is also something that I thank the team for successfully doing.

The greatest lesson as a Digital Editor is that you have to keep learning and expanding your knowledge on emerging trends in that space.

I have spent more time learning from others in and out of the country to ensure that I actually get to know how to deal with our own growth.

A key lesson has been that newsrooms must not create digital products for their convenience but to meet the needs of the audiences.

In his parting shot, Oliver left told journalists that:

"You can never learn enough. You must be open to consistently expand your knowledge and skill base."

Oliver Mathenge will be leaving the company at the end of November 2021.

The Group's Head of Content Paul Ilado also announced the promotion of Jillo Kadida as News Editor, taking over from Mureithi.

The interwebs were excited about the discovery of a new celebrity couple; media personalities Shix Kapienga and Oliver Mathenge.
Exclusives
2 months ago