•The couple had had differences in their marriage after Nyota pranked her husband into thinking she was pregnant on April Fools Day. 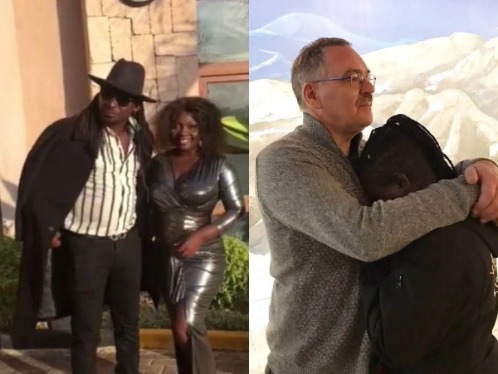 Nyota Ndogo and her mzungu husband are back together and the artiste can't keep calm.

The couple had had differences in their marriage after Nyota pranked her husband into thinking she was pregnant on April Fools Day.

The husband was not amused and to show his disappointment he went mute making Nyota plead with him via social media.

The 42-year-old accused the government of monetising the 1994 genocide and said the remains of the victims should not be on display at memorials.
Politics
2 weeks ago

Mimi sio mtu wa kurukaruka, nishadate different people but people only know the father to my son and my current husband. When you are in love you never want to listen to anything.

People always witnessing people exposing each other's secrets after a break up so they were shocked to see someone fighting for love. It's not about the money because I make my own money. It's all about love."

Love from the grave! Tedd Josiah celebrates wife four years after her death

"As you continue to dance with the angels please watch over us, especially your little girl JayJay aka Gummy Bear." -Tedd Josiah
Entertainment
2 weeks ago