Opinion: Bahati should come clean on gospel or secular music

• It is good for artists to identify themselves clearly, even though they may want to explore different niches. 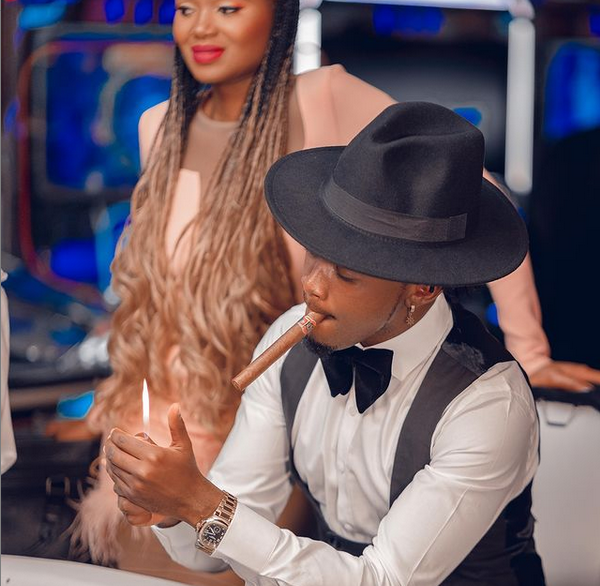 In a video that has gone viral on social media, the musician, dressed in Islam attires was smoking Shisha.

In the caption, Bahati wrote;

"Just one puff to celebrate being the top gospel Artist and top in secular at the same time in Kenya; Humbled."

There is nothing wrong with an adult puffing his Shisha, and showing it off on social media.

But why does the singer still identify himself as a gospel artist?

At the same time, he says he is a secular artist.

There are many secular musicians in Kenya who sing even better songs than Mtoto wa Mama. But they are straight foward about their identity, and do not do certain things to have people talking about them.

Take an example of Nyashinski's 'Mungu Pekee' song. It was a hit, and termed as a good gospel music either way.

It is good for artists to identify themselves clearly, even though they may want to explore different niches.

The singer has become a real definition of a good boy gone bad.

There is a viral video of Bahati swearing not to leave gospel music, nor doing ungodly things. But i guess time has changed this.

However, Bahati's actions does not draw him far from God. It is said that God loves all characters, even those that human beings consider dirty and unworthy.

The singer can just declare his identity in the music industry.

"Family will always be home and that is where you belong and those are the people that will always love you unconditionally. " -Jalango
Lifestyle
1 week ago