• 8 people could be trapped in the rubble; including 2 women who were selling food, and other construction workers. 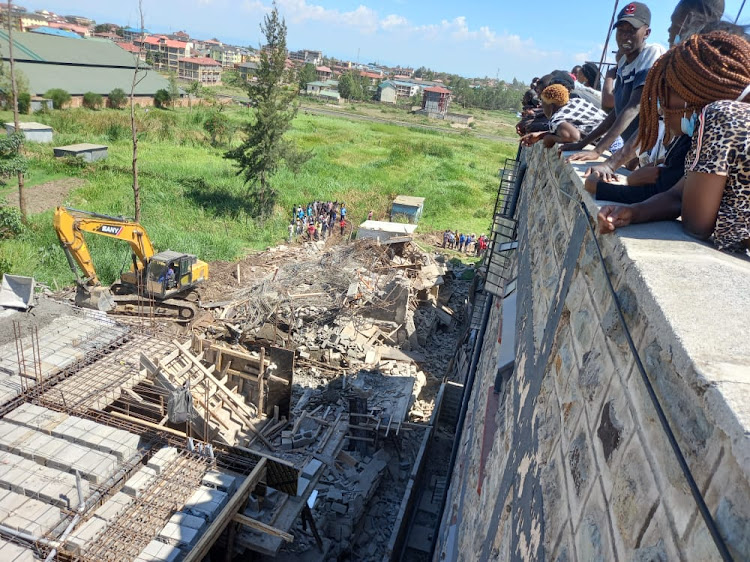 A two-storey building under construction has collapsed in Mamboleo estate, Kisumu county.

The Monday afternoon incident left several construction workers and business persons around with injuries, and a number are reported to have been trapped inside.

According to a survivor, the building had been shaking from the impact of a crane, hence the collapse.

"I tried escaping, when I was about to succeed, my head was hit by a block until I fainted. Ilikuwa imenizika. Around 8-10 other people were eating inside, I don't know if they made it out," Walter Okallo narrated.

The survivor says they were rushed to the hospital but did not get proper attention because they lacked the required consultation fee.

From his account, 8 people could be trapped in the rubble; including 2 women who were selling food, and other construction workers.

Here, the construction workers were not on the site when it collapsed. Days later, the building was demolished.

Pastor Ng'ang'a asked congregants to pray for clergymen not to fall for such temptations.
Entertainment
3 days ago