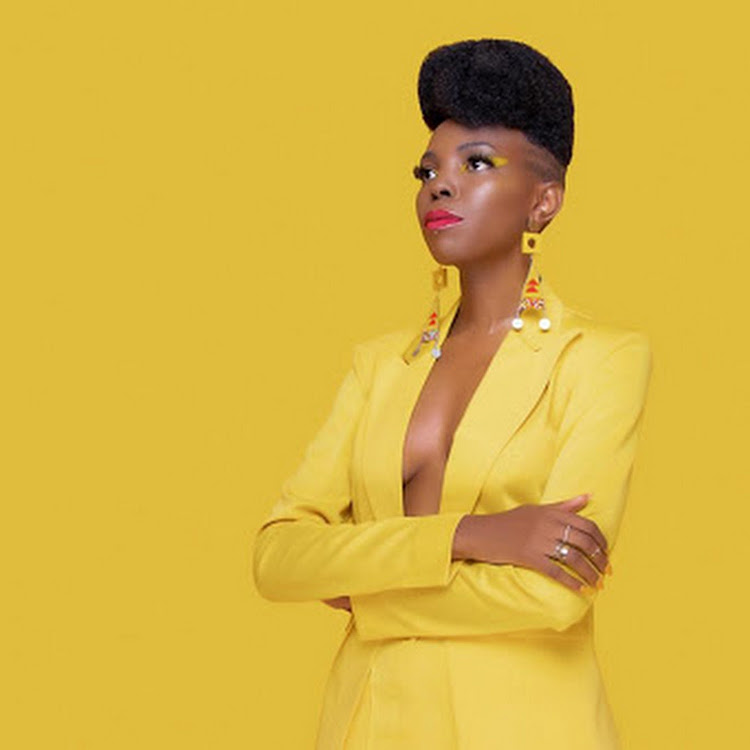 As an internationally recognised radio host, Adelle Onyango was hugely successful and her career path seemed assured. But something was missing.

So she channelled her fears, took life by the horns and launched herself as a podcaster. She hasn't looked back.

“We are taught from an early age to study hard, get good grades, and get good jobs. Everything we were taught was geared towards employment. But you know what? A key aspect of wealth creation is ownership,” explained well-known Kenyan podcaster, Adelle Onyango (known to her audiences simply as "Adelle"), during a virtual interview from her studio in Nairobi.

Adelle is the host of Legally Clueless, a podcast that has taken the region by storm. The show, she explained, was due to hit the road to conduct interviews at tertiary institutions across Kenya.

'It hasn't hit me yet,' Shix Kapienga talks about being fired for her radio job

'It hasn't hit me yet,' Shix Kapienga talks about being fired for her radio job
Exclusives
11 months ago

And with that, Adelle went on to share how she quit a well-paying, secure job and took a wild leap into the unknown.

Adelle started working in radio when she was 30. She quickly made a name for herself not only in Kenya but continentally, using her voice and platform to champion causes she was passionate about - like mental health and advocacy for women and girls’ empowerment, earning her international recognition.

As much as she loved her work on radio, however, Adelle was restless.

“I got bored, I wanted new challenges. I’d been in radio for ten years and strongly felt it was time to move on and try out new stuff” she says. The desire to try out something new was overwhelming, but so was her fear of the unknown.

“I loved my job in radio, but I did not have the freedom I needed to tell the stories I was passionate about. My mental health was also at stake and I knew I had to quit. It wasn’t an easy decision but it was a necessary one.”

So she served her notice and quit formal employment. She started her podcast “Legally Clueless” in March 2019.

Adelle is now the host, creator, and producer of a weekly podcast that has produced 112 episodes and has attracted over 1.5 million streams.

The podcast is a space where different Africans share their stories and life experiences and is built around the ethos that it’s okay ‘not to know.’ Legally clueless also has video series and is syndicated on Trace Radio Kenya.

Adelle recently received an ‘Africa No Filter’ grant to take the podcast on tour to focus on showing different aspects of life across Kenya.

Adelle's passion for advocacy spills over beyond her professional life. She is currently involved in the “Safe 24/7” initiative.

The program offers 14-week free group therapy specifically for African women who have survived sexual violence. It offers psychosocial support, which is out of reach for many survivors of sexual violence.

The program is curated to equip survivors with the tools and knowledge required to help them heal and take control of their lives after the 14 weeks.

Adelle herself has got to be a role model when it comes to the latter. Her step into the world of digital storytelling seems to have handed the full control of her life.

The digital world and what it offers certainly excites her and she senses that it offers all kinds of opportunities for a major shift in the narrative - not only in terms of what is told but also how.

“With the new media I have more control over my content, I can afford to invest myself fully in a story and tell it in the way I feel is best," she explained.

“The digital shift has significantly reduced the entry barriers to a lot of fields and opportunities and for the first time Africans have agency over their stories. It is a pivotal moment for us to step into ourselves and tell our stories. We have control over how we tell our stories, something that hasn’t always been the case.”

The 32-year-old trailblazer has a parting shot to fellow young Africans. “There’s never a moment of no fear, the trick is making sure the fear doesn’t win. Flip it over and use it as fuel,” she said.

Top podcasts that Kenyans can't get enough of

Adelle Onyango's  Legally clueless was among the top three most listened to podcasts in Kenya.
Lifestyle
3 weeks ago