• He blamed the landlord for imposing rules and taking over all the tasks at the site. 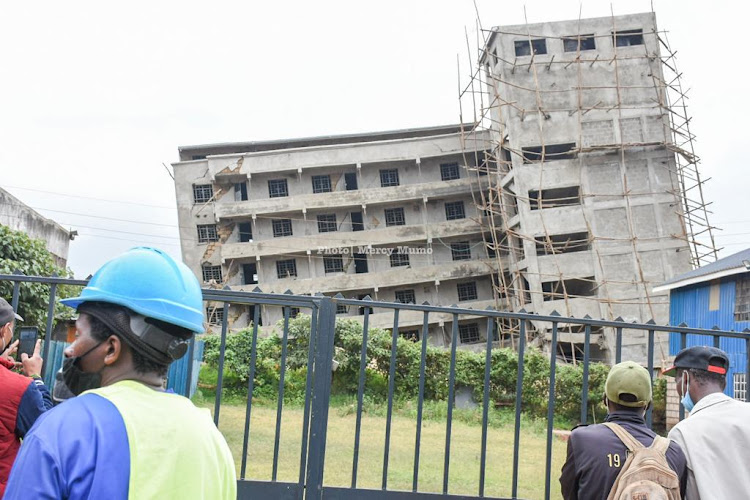 Workers from a construction site in Kinoo have explained the events that led to the collapse of a 5-storey building.

Speaking to the press, George Wamulati, a mason said that the building was not up to standards.

He blamed the landlord for imposing rules and taking over all the tasks at the site, even those that need engineering expertise.

"He is everything, the storekeeper, foreman, engineer, everything. The other day we told him this house is leaning on one side," he said.

According to George, the building started to show signs of weakness yesterday and got worse today morning.

"Yesterday he saw a crack on one corner, that is when he asked masons to stop the construction. Initially, it was so bad.

When we saw the cracks today, we asked neighbors to vacate the area," he narrated.

Another mason, Julius Kariuki said the building was standing on weak ground on one side.

"There was a toilet there, but they did not consider it. I would like to call on NCA to be keen on inspecting the building's foundation."

The collapse of the building sent panic in Kinoo area on Friday morning. No casualties have been reported so far.

Video of a 5-storey building collapsing in Kinoo goes viral

Residents of  Makutano in Kinoo were shocked to wake up to a the crackling of a five storey building as it started to partially collapse.
Exclusives
1 year ago