• Growing up, Charltone knew Conjestina Achieng as his only parent. 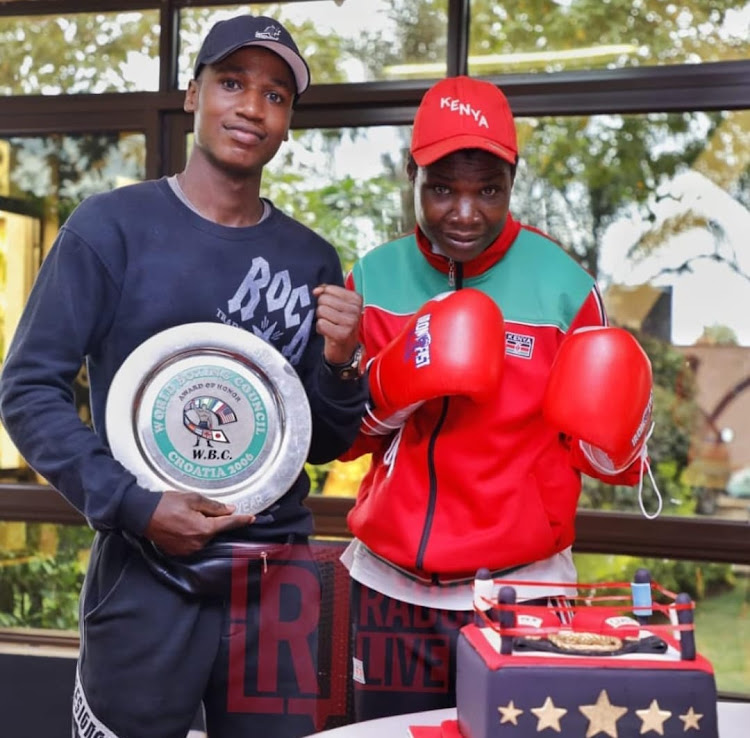 Kenyan boxer Conjestina Achieng carries a big secret that his son, Charltone Otieno would want to know one day.

When his mother started falling ill in 2012, he became dependant on his grandfather, who passed on years later.

Speaking to Mpasho, Charltone revealed that his mum's illness affected his high school education due to financial constraints.

Since his mum could no longer provide for him, Charltone had a rough time through his high school education.

But where is your father? Didn't he step up when mum fell ill? I asked

But my question was as good as his. Charltone does not know who his father is, it remains a big secret that only Conjestina Achieng can reveal.

“I asked her when I was 6-years-old. She said she will answer me when am old enough. Am now old enough but I can’t ask it, she is not at the right state of mind.

It will be insensitive for me to ask her that right now. Am focused on her health. I would like to know him, whether dead or alive,” he said.

Charltone shared that his close family members respect his mum, and do not talk about his father's whereabouts until it comes from the horse's mouth.

"I once asked my grandfather, but he told me only my mum can tell me who my father is."

'I will keep my mum's legacy,' Conjestina Achieng's son speaks

"My mum raised the Kenyan flag, but she has now been neglected." - Conjestina Achieng's son
Exclusives
2 weeks ago