• Eric Omondi teased attendants with his six packs by not wearing a shirt. 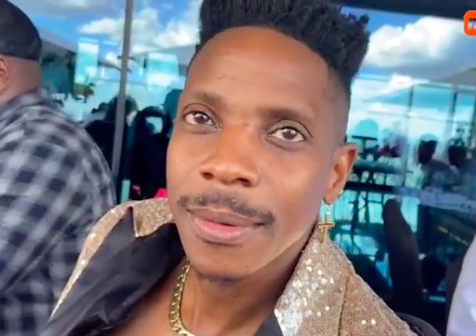 Even though the event was meant to be graced in white and black, Eric Omondi broke the code by dressing in gold and black outfits.

The comedian was wearing black shoes with a touch of gold, black trousers, golden blazer.

On his hand, he had black gloves with pure golden rings, and a golden earring too.

As it has become his nor, Eric Omondi decided to tease attendants with his six packs by not wearing a shirt.

In the event, Eric received praise from Tanzania's Rayvanny, who mentioned his name amid his live performance.

The occasion saw VVIP's in the political and entertainment scenes flock to the Ole Sereni hotel.

The old and the young let it loose, with 76-year-old Raila Odinga jamming to Tetema song by Diamond Platnumz and Rayvanny.