•'‘I got sick for a month including battling depression, but I couldn't get immediate help since had pushed away my close friends because my girlfriend disliked them." -Victor Msafi 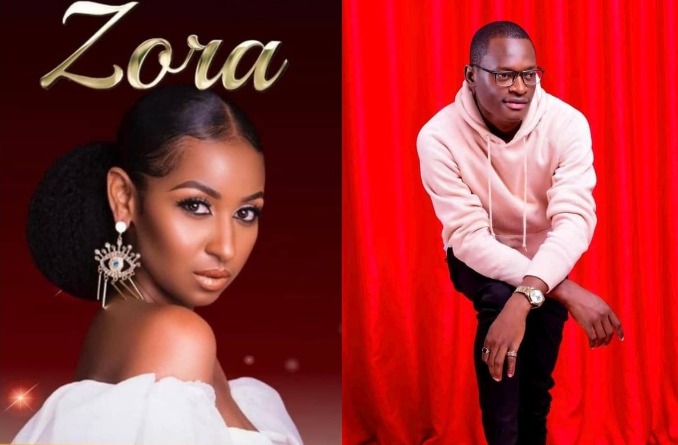 Zora actor Victor Msafi has resorted to training upcoming entertainers as a way of healing from a bad heartbreak that left him battling depression.

Speaking on why he chose to focus on training bands instead of solo artists, Victor in an exclusive interview with Mpasho shared,

"I started the show in November. Initially, it ran on my YouTube channel and started airing on TV in June.

My last relationship really affected me mentally and I have been struggling to find myself.

I wanted to do something I will enjoy and something that will positively impact people and the world in general."

Njambi has been on her knees, praying God to grant her the wishes of her heart.
Entertainment
1 month ago

Victor is a man of many talents, not only does he act but he also sings. He has composed and produced the song 'Cheza Kidogo'.

He is however more passionate about acting. On how he balances acting and training artistes on band performances Victor shared,

"I started to train artists how to perform with bands so as not to rely on DJ backups.

I do my training on weekdays evenings and do my shooting on weekends."

The training has been faced with a few challenges among them curfew restrictions but Victor is not ready to give up.

"The curfew has affected me a lot in that most artists do their shows during the daytime.

That means they find it hard coming to the show which happens at night.

Having been in a band both in Primary and Secondary school has given me the exposure needed for such training.

Acting and singing are both are art hence I don't find it hard balancing the two."

At the start, of the covid-19 pandemic, Victor was dumped by his girlfriend as he could not sustain her lifestyle.

She chose to leave him at his lowest as he was very sick at the time. This left him battling depression.

To make matters worse, he deserted all his friends just because his girlfriend wanted him to, a mistake he is still paying for to date.

Acting really depends on which production and which TV, some people act for free due to love and passion for art.
Exclusives
2 months ago

Speaking exclusively to Mpasho in a previous interview, he shared;

'‘I got sick for a month including battling depression, but I couldn't get immediate help since had pushed away my close friends because my girlfriend disliked them.

Due to the love, I had for her I had to avoid those friends, A decision I regret so much.''

Victor says that not only did his ex make him drop his friends but she could also talk on the phone with other men without a tinge of shame.

‘’I thought she was everything to me and I couldn't even spend time with my friends since I always wanted to be with her.

It was a time when the first wave of the corona was at its peak.

When it slowed down and restrictions were eased she went back to her clothes selling a business, at that point she could talk to her boyfriends as I listened.

She would lament how tired she was of the place I was living. She added that she was also tired of going for outings without being driven in a car.

Thinking that the woman he thought was the love of his life, Victor was in for a shock after she left.

Training artistes of how to perform in bands have been a safe haven for him.

It is much safer than resorting to drinking and sleeping around.

What's the worst way someone has ever broken up with you and how did you overcome the heartbreak?

Socialite Vera Sidika has shared tips on how one is supposed to deal with heartbreak after a breakup.
Entertainment
1 month ago