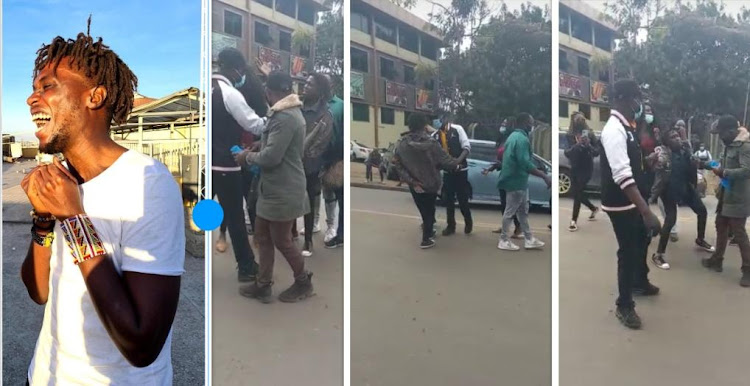 Wanavokali, the band that gave you the hit, Rhumba, has experienced police profiling based on how they look.

One of their band member's, Ricky, was today arrested by plainclothes cops who could not state why they arrested him.

Ricky together with other bandmates, were walking near the Globe Cinema Roundabout when three plainclothes policemen grabbed him and cuffed him without stating why he was being arrested.

Wanavokali debuts their single, Rhumba, off of their upcoming Self-Titled Album.

Men have hit billionaire status with dreadlocks. The likes of celebrated rapper Jay-z.
Lifestyle
1 month ago

One of the band members who was with Ricky when he was arrested told Mpasho, "We were walking peacefully in town then this guy suddenly decided to grab Ricky by the sweater for no reason and says he wants to frisk him out of the blue.

So we are like, why? Why choose the guy with the dreadlocks out of all of us? We are just walking peacefully. Now they are saying, they want to arrest him, so now we are going to the station."

In the video, Ricky can be heard asking, "What have I done? Siwezi tembea na amani with my dreadlocks?"

Adding, "Huyu msee ananishika for no reason, nimefanya nini?  (This guy is arresting me for no reason)I keep asking him why he has arrested me. This is purely him profiling me."

Check out the video of the arrest.

'They beat and stole from me,' DJ Zawadi on having his locks shaved by force

DJ Zawadi has come out to speak about the ordeal where he was forcefully shaved. He alleges to have been beaten by the people he branded goons.
Entertainment
2 months ago

Their hit enjoyed roaring success with fans globally, the song 'Rhumba' tells the story of two strangers whose passions have been ignited, dancing the night away.

Ricky is currently at Central Police Station for "questioning". The band members went live on Instagram as he was being taken into the police station.

Wanavokali giving updates on the arrest.