He died three days after landing his new job! 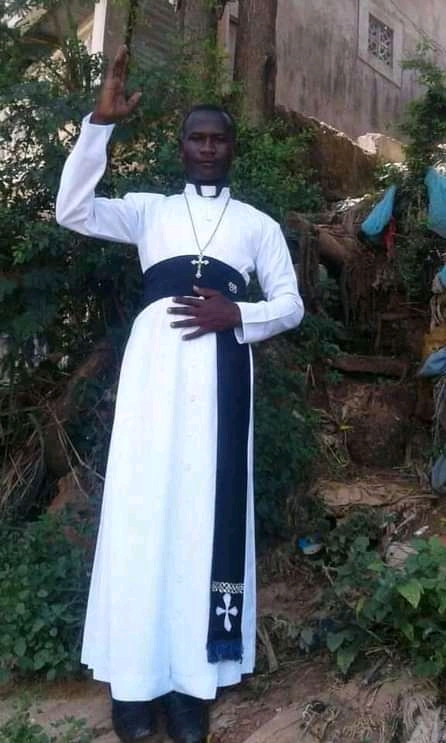 DCI Detectives from Bondo in Siaya county are probing the mysterious death of a priest in the area.

The body of the 24-year-old priest who was ordained early this year was discovered on Wednesday morning at his house which is located within the church compound by other church members.

Police said that Rev Alogo had just reported to his new station at Gomia in Uyawi sub-location three days before his sudden death.

According to Siaya county, police commander Michael Muchiri said the priest was transferred to the area from Usenge in Usigu division where he was first posted upon being ordained.

The county police commander told the Star that preliminary findings point to murder.

"We think there is foul play in the whole thing and detectives are already piecing together information to establish what could have led to the death of the priest," he said.

Muchuri said that they have confirmed that the deceased was okay hours before his death.

"He even led prayers on Tuesday night before retiring to bed at around 10 pm," he said.

The area assistant chief Joshua Ougo Owuor reported the incident to the police on Wednesday. He said worshipers became worried after the priest failed to turn up for the morning mass.

One of the church members went to the priest's living quarters at 10 am and opened the door after he failed to respond.

"The door wasn't locked from inside and the female faithful pushed her way inside, only to spot the body of the priest lying on the bed," Muchiri said.

Detectives from Bondo police station and a team of public health officers visited the scene.

"They found the deceased's body lying on the bed with foam coming out of his mouth," he said adding that it is possible the priest could have been poisoned.

"We will wait for the autopsy report to establish the cause of death. If the body has poisonous substance, the procedure will confirm," he said.

The county police boss said it was possible that someone who was not happy with the elevation of the priest to the position he held may be behind the murder.

"We are looking at all possible angles to this Investigations. We have gathered that he had replaced his father who had retired as a priest there," he said.

He said it was possible some of the people who felt shortchanged by his elevation could have plotted to harm him.

Muchiri noted that the priest's body bore no physical injuries.

"Our officers and the public health personnel took the body to Bondo Sub-county hospital Mortuary for postmodern," he said adding that samples were also picked for Covid-19 testing.

Another killer cop on the run

Police officers have launched a manhunt for a police officer accused of shooting dead a colleague at a police station in Laikipia County.
Crime
11 months ago