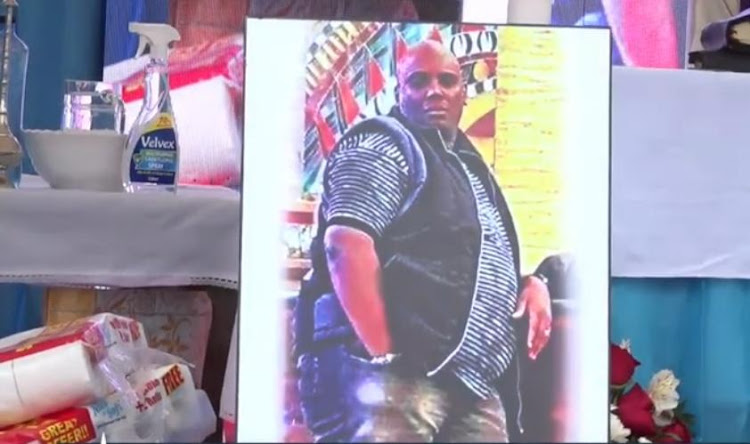 The late tycoon Jonathan Mukundi's friends blasted media for publishing personal reports on what lead to the murder-suicide at his Kirigiti mansion in Kiambu.

Mukundi's lifeless body was found lying next to his wife, Philomena Njeri who had also been shot five times.

The reason for the murder-suicide has been a source of speculation for weeks.

One of his friends spoke at the burial, yesterday, and berated the media house for writing false reports.

"Sio vizuri kuongelea maneno ya mtu yenye sio ukweli (It is not good to speak about someone's issues without knowing the clear picture), you hurt us a lot, I ask one thing, sit with the people close to him to get the truth, you would have asked Solomon of G spot to tell you the truth."

G-spot is a popular restaurant and bar located in Thika, it was a place Mukundi frequented a lot and had many friends.

He added, "What he did I cannot condemn him, pressure imejaa sana sana (there is a lot of pressure), not every bird can be caged. Sio lazima upewe presure mpaka ujitoe uhai, wazee tuongeleshane na akina mama tupunguzie stress.

(You don't have to go through stress for you to end your life, men, let us normalize speaking to each other and sharing issues that affect us to reduce the stress.)"

He concluded the speech saying, "Men are unique beings, we want peace."

Masses showed up for Jonathan Kukundi's funeral service that lasted over three hours.
Exclusives
1 month ago