He asked who Celestine is, and immediately attacked with a kitchen knife

• Just some weeks ago another lady was stabbed by the boyfriend before he hanged himself, nobody stood up to talk about this.

• It honestly feels like life has no meaning anymore out here...people getting slaughtered like chicken and the following day everything is back to normal? 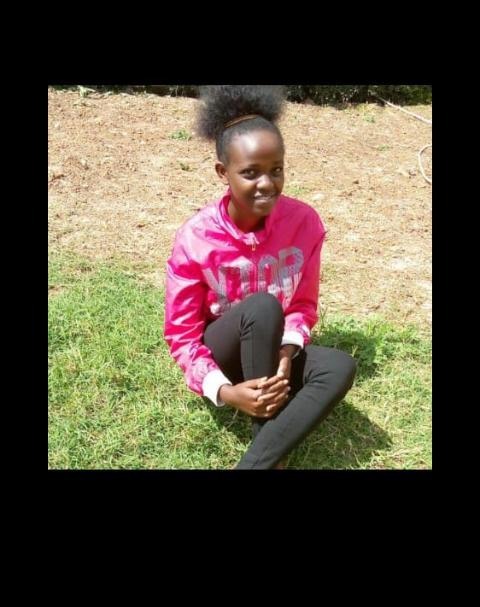 A section of Mt Kenya students in Thika Town last night rioted over the fatal stabbing of a student.

She was stabbed several times by an unknown male adult at her hostel far away from the campus.

Police said the assailant was dressed in a jacket, cap and mask. He entered the said hostel and asked the five ladies who amongst them was Celestine.

After identifying herself, the said assailant immediately started stabbing her where she sustained deep stab wounds in the chest, back, head and limbs. The other ladies screamed for help but the suspect escaped.

The victim was rushed to Thika Level 5 Hospital where she was attended to before succumbing to the injuries.

A kitchen knife with bloodstains was recovered and kept as an exhibit. Police say they are looking for the assailant.

Lewis Kinyua a student leader at the university told Mpasho, "This is not the first case of students being killed by fellow students and nothing is done about it. We’ve tried creating awareness even on Twitter so we can at least get attention and see that justice has been served for both Celestine and her family"

Adding, "The fact that nothing has really been done about it has triggered this protest...and because nobody really has come out to talk about such cases I wanna be the ambassador to all campus and safe relationships...because the cases are becoming too common and people are losing their lives."

Commenting on the murder scene, Lewis said, "The cops came in later and didn’t even stay for long. They said it’s okay the blood can be washed off without carrying out even any investigations. So many students are complaining about all this and the situation that took place last night."

Lewis claims that femicide is common among campus relationships.

"Just some weeks ago another lady was stabbed by the boyfriend before he hanged himself, nobody stood up to talk about this, nobody wants to agree that toxicity in relationships has become extensive. People are getting beaten up in the name of love and campus dating.

I personally come from a family of violence and that’s why I want to stand up for this, boldly talk about it and I counsel my peers and even those older than me. No one has the right to take your life in the name of a relationship or love, no one has that right, and such cases go unsolved."

A distraught Lewis continued, "Celestine can never rest in peace if nothing is done for her. She was just a young girl with dreams and ambitions just like all of us do. There are many more others who haven’t been able to reach out and are suffering losses of their loved ones and injustices.

It honestly feels like life has no meaning anymore out here...people getting slaughtered like chicken and the following day everything is back to normal?"

'I told him it's over,' Wahu speaks on attempt to divorce Nameless

Wahu revealed that she almost divorced nameless due to their religious differences.
Entertainment
1 year ago